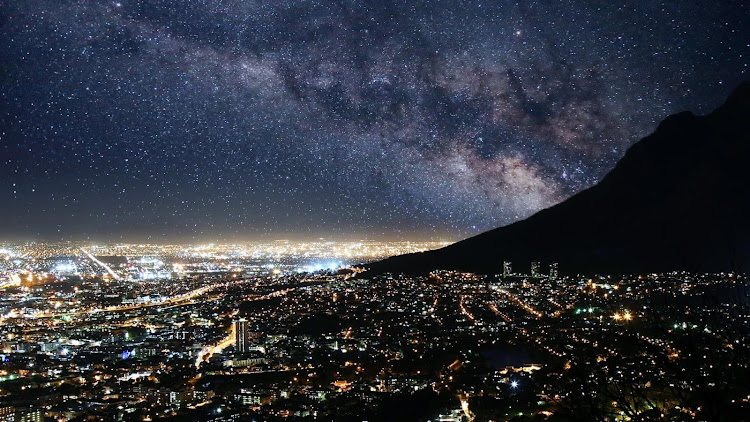 Cape Town is filled with bright lights that usually mask the night sky above. These reimagined images reveal what city residents could see in the sky above if light pollution didn't exist. https://www.underluckystars.com/if-light-pollution-cleared#cape-town
Image: Under Lucky Stars

An interactive photo series by Under Lucky Stars reveals before and after pictures of what the night sky of 27 cities across the world would look like if light pollution was cleared for good.

“Eighty percent of the world's population lives under light-polluted skies, including Cape Town where the night sky scores as level 8-9 on the Bortle Scale, meaning most constellations are completely invisible,” the organisation says.

In most cities, fewer than 100 stars are visible because of pollution, out of an average 9,000 that could be seen with the naked eye without pollution. During the Covid-19 lockdown in many cities, starry skies are emerging, making for stargazing opportunities.

Science engagement astronomer at the SA Astronomical Observatory (SAAO) Dr Daniel Cunnama said people living in cities had little or no relationship with the night sky due to light pollution.

“Often as few as a hundred or so of the brightest stars are visible to the naked eye,” he said.

Cape Town is home to the SAAO which is celebrating its 200th anniversary in October as the oldest permanent observatory in Africa.

“Cape Town was once the centre for astronomy in the southern hemisphere and now the stars are barely visible. Fortunately, the SAAO telescopes are now housed in Sutherland, an excellent observing site” he said.

Taking it a step further, Under Lucky Stars compiled real skyline photos taken by photographers in 27 locations and in the reimagined images, pollution is completely removed to reveal what is hidden from view.

The effect of light pollution, generally caused by man-made lighting systems such as street lights, “radiates so much brightness into the environment that it turns the night sky into a seemingly blank canvas”, said Under Lucky Stars.

“While practical and essential for day to day living, this lighting affects our view of the sky with the naked eye, and it is now impossible to see the Milky Way in large cities and metropolitan areas.

“Globally, one-third of humanity is unable to see the natural Milky Way at all.” 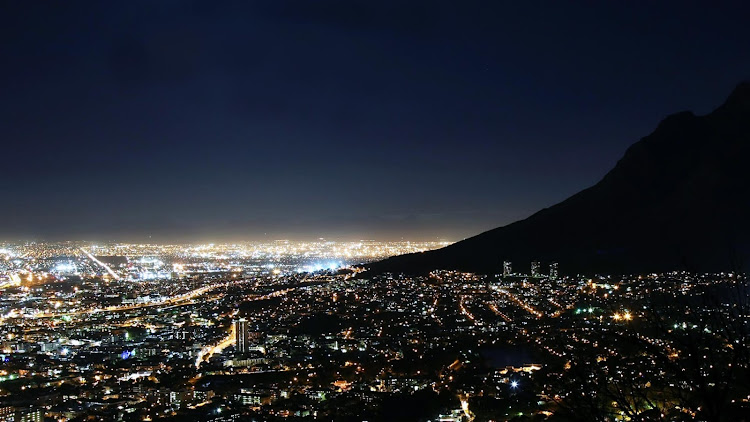 Before: Cape Town is filled with bright lights that usually mask the night sky above.
Image: Under Lucky Stars

After: These reimagined images reveal what city residents could see in the sky above if light pollution didn't exist. https://www.underluckystars.com/if-light-pollution-cleared#cape-town
Image: Under Lucky Stars

“Surrounded by stars, planets and galaxies, we are just one part of a much bigger picture, but it's impossible to see that in our metropolitan world. Bright city lights and a bustling digital age has clouded the sky around us with artificial light pollution, eliminating the natural view of the stars,” said Zoltan Toth-Czifra from Under Lucky Stars.

While light pollution has washed out the skylight, it isn't completely impossible to get a view of the stars in a city.

“If you're central, get as high as possible on buildings or alternatively, head to the outskirts to a darker, quieter area such as a park to improve your chances of seeing the stars. Give time for your eyes to adjust to the dark and choose a moonless night. Binoculars can help too, you won't be able to see the incredible view in these images, but it's a start,” said Toth-Czifra.

See the captivating difference in the before and after images of all 27 cities here: https://www.underluckystars.com/if-light-pollution-cleared 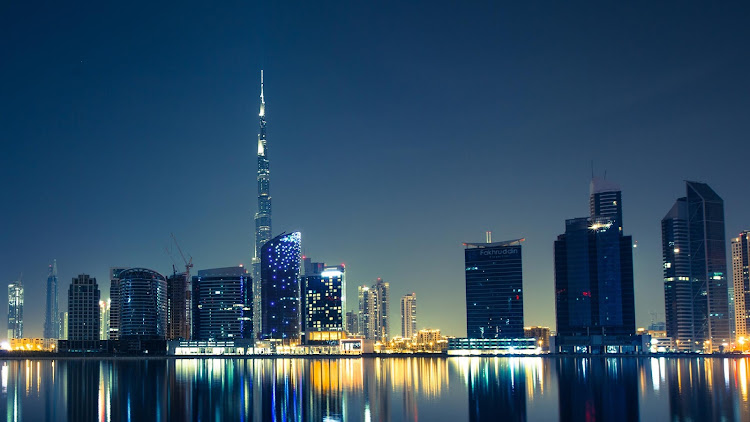 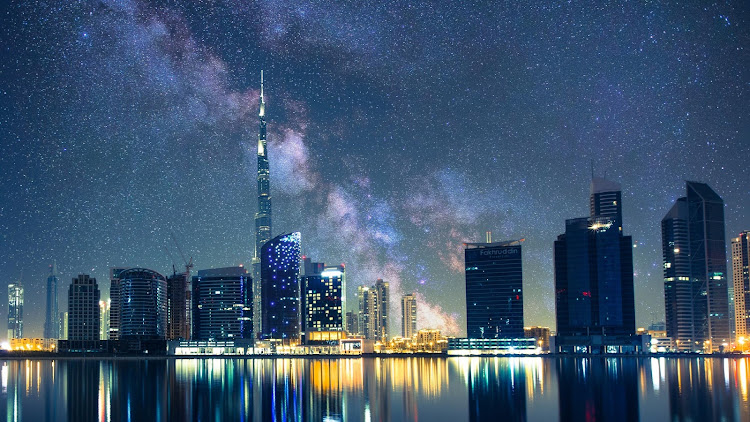 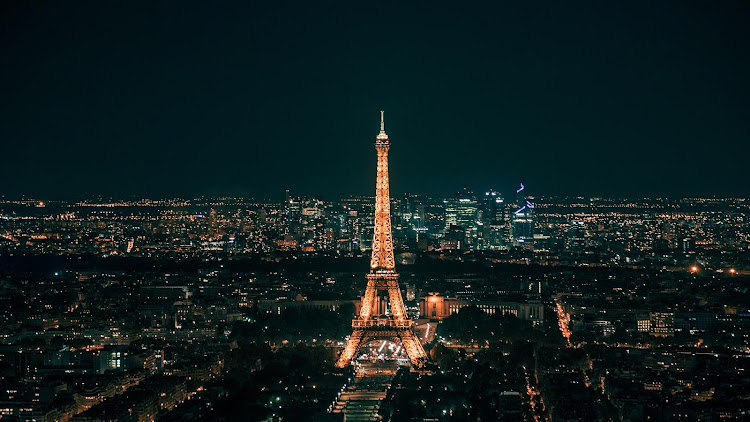 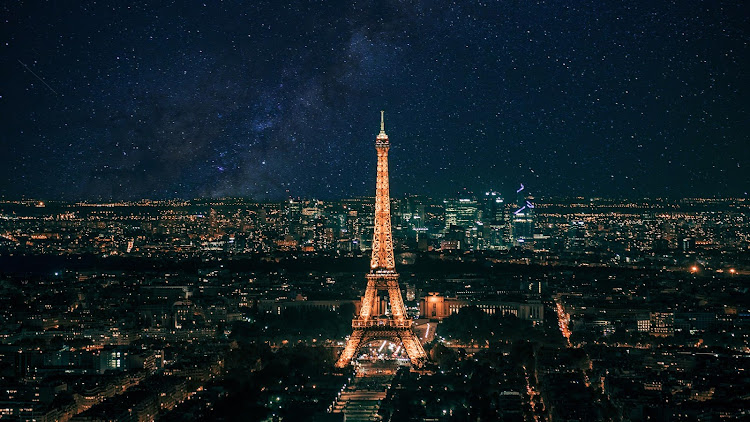 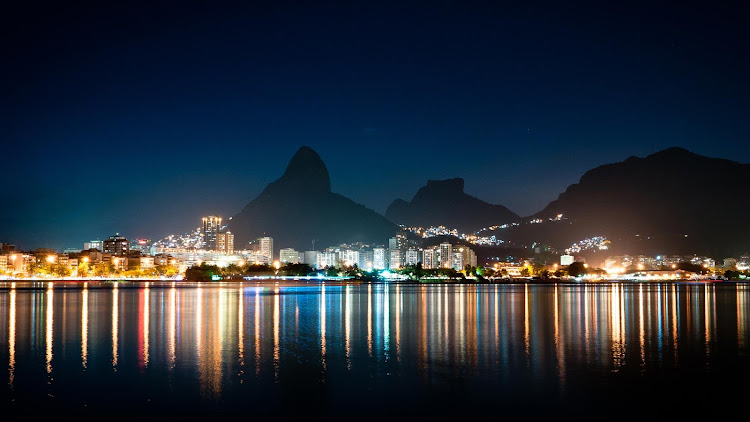 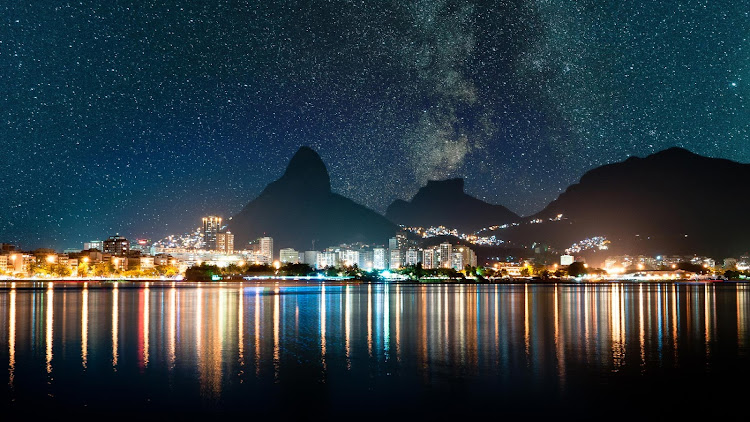 It's gonna be sweet: don't miss the Strawberry Moon eclipse

Sky gazers are in for a treat this week. Carmel Ives, chairperson of the Astronomical Society of SA, says we’ll have front row seats to the penumbral ...
Lifestyle
2 years ago

More than 1,300 items of litter a day on Cape beaches - during hard lockdown

The scourge of plastic and cigarette butts continues to plague Cape Town's beaches, even in the absence of people during the toughest levels of the ...
News
2 years ago

University of Pretoria (UP) academic Prof Matthys Dippenaar has appealed to municipalities to monitor groundwater close to cemeteries, as tens of ...
News
2 years ago