What to expect at the hair salon under the 'new normal' 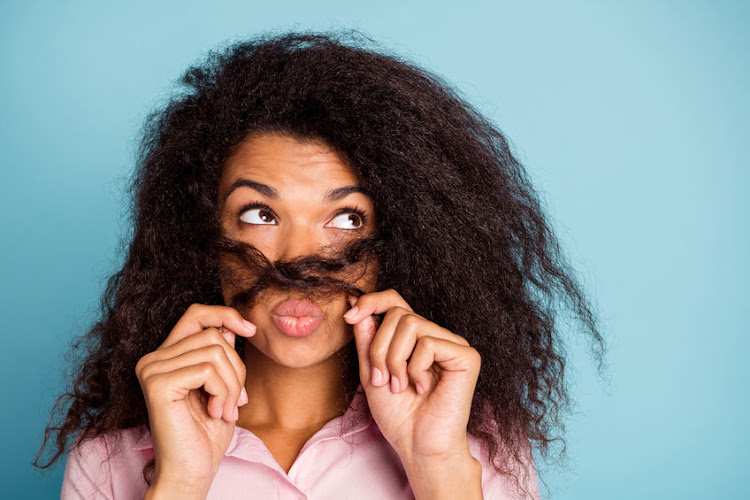 People are slowly returning to hair salons and beauty parlours but it is a very different experience under Covid-19 regulations. Stock photo.
Image: 123RF/Roman Samborskyi

No strolling in without an appointment. Fill in the register. Have temperature taken. Do not touch the magazines.

Welcome to the “new normal” of visiting a hair salon to fix that DIY hair trim that went horribly awry during months of lockdown.

Beauty parlours, barbers and hairdressers are still grappling with the financial blow inflicted by the coronavirus pandemic as customers slowly return after they were allowed to reopen.

Small business development minister Khumbudzo Ntshavheni gazetted directions for the industry on Friday allowing them to operate under “advanced level 3" of the lockdown.

Hair stylist Debra Oosthuizen is used to chatting with clients, welcoming them with a cup of tea and a goodbye hug. Now she can barely see a client’s smile after a hairdo.

“Business hasn’t been good. We hope for the best and pray for the best. Never in our lives have we thought doing hair would be such a tricky thing,” she said.

Rules have been put in place for the reopening of personal care services, including hair and nail salons.
News
1 year ago

“We are creative people. Our passion is being artistic and making people feel good. Now we have people coming in and we can’t touch you. Some salons do indemnity forms, it’s too much admin. The added value is taken away from people.”

She used to handle about three clients simultaneously as some use the waiting area. Now she can only see clients by appointment.

“We can’t afford to take chances because if someone gets the virus we would have to close shop for days, and that’s not viable for business. When it started off as a 21 day [lockdown] we knew we could snap out of that. But now things have gone bad,” said Oosthuizen.

What to expect during a visit to the hair salon:

Oosthuizen said even though business was slow they could not increase prices as many clients were also feeling the economic pinch.

Itumeleng Dimapo, who operates in the Pretoria CBD, said life was miserable without her clients.

“It was too much, I missed being at work and now I can’t even chat with my clients. They talk to me about their life and share their experiences with me, it’s like therapy. And now we can’t even talk,” she said.

“I have been broke since the beginning of lockdown. I wish things would go back to normal. Some of the few clients I saw have had crazy hair problems, most people were so dependent on us, they looked so funny coming out,” Dimapo said.

Being able to afford paying the rent weighs heavily on her shoulders.

“When I’m supposed to be happy I’m met with the fact that a lot of people are still scared to come to salons and even when they are here I can only take a few of them,” she said.

Barbara Jacobs, the owner of Fabiano Hair in Cape Town, said they were making less than half the usual turnover.

“It’s difficult because this month we have to pay people full salaries but we don’t know where the money will come from. We don’t even have a lot of appointments.

“Things are not so good but we hope we will be okay. Normally my clients would sit in and wait their turn and have fun. Now it’s all dull. We have a small staff compliment to ensure we are not overcrowded,” Jacobs said.

In a lighter moment on Tuesday a frequent client came for hair colour because she was afraid that she would scare her doctor.

“People like to exaggerate how bad their hair looks but when I saw her I was convinced. She didn’t want to give her doctor a heart attack I guess,” she said.

HeraldLIVE reported on Wednesday that a Uitenhage barber and co-owner of Khalifa barber shop, who asked not to be named, said since Saturday there had been a steady influx of customers.

“Since reopening people have been coming to get their hair and beards cut and because we only have six chairs most of the guys are waiting outside but they don’t seem to mind.

“They all say  they have waited as long as we have for the shop to reopen.

“So we are very happy to be back and I am sure more and more people will keep coming when they see all the new hygiene steps we are taking,” he said.

Bobby Breen said he was operating as a barber hoping to help those who had lost jobs in the industry.

“A lot of hairdressers are out of jobs or their salons have shut down, so this way we can absorb them and help people work and feed their families. It’s a risk but it’s worth it,” he said.

“Things will definitely get better once everything has settled down.”

Beauty is back: industry can reopen as Covid-19 regulations are unveiled

Don’t be surprised if your favourite hairdresser is less chatty when you finally return to  the salon.
News
1 year ago

Like cigarettes and, until recently, alcohol, hairdressing has gone underground during the lockdown.
News
1 year ago