This road is so potholed, 'you'd need to be drunk to drive in a straight line' 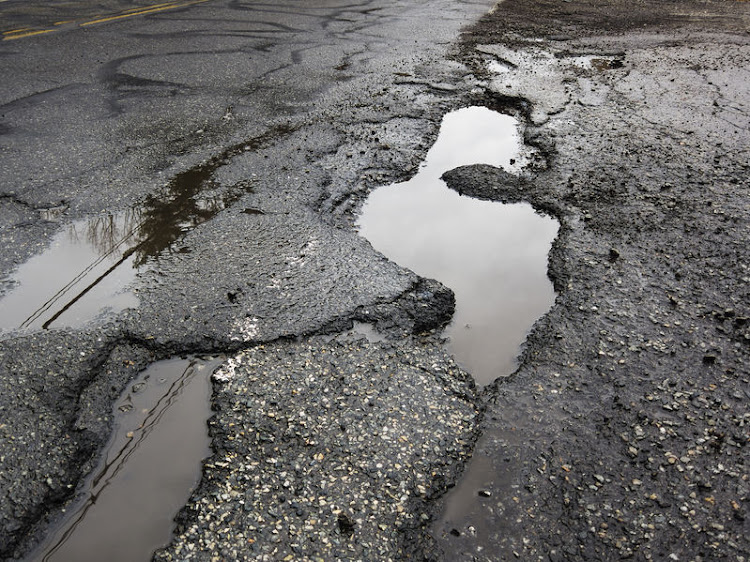 The spotlight is on Limpopo's pothole-ridden D3840 where driving in a straight line is an impossible task.
Image: File / Christian Delbert

An infamous road which cuts through Giyani to Phalaborwa is so potholed, “you'd have to be drunk to drive on it in a straight line”, say motorists.

With its gaping holes littered all over the tar, motorists have described the road as a “grave”. Community members have begun pouring cement into some of the holes after a recent fatal accident.

The Limpopo road agency has suggested that the 15-year-old pothole-ridden D3840 has reached its lifespan.

Responding to questions posed by TimesLIVE, the agency said it was aware of the dire state of the road. Spokesperson for the province’s road agency John Seabi said they were already attending to the matter.

“The MEC has led a team of the department together with the Road Agency Limpopo to inspect the situation, last week Friday, (August 7),” Seabi said.

“The road was constructed about 2005 and it's towards the end of its lifespan. The department has a team doing routine maintenance that includes patchwork,” he said.

Seabi said there were challenges about fixing the road.

“The team patchwork is demanding because with the age of the road, deterioration happens very fast. Routine maintenance is normally being done as and when defects occur. In terms of a long-term solution, part of the plans discussed even during the visit is for the team of engineers to visit the road and conduct their due diligence for possible rehabilitation of the road,” he said.

Seriously?! Another pole stuck in middle of new road

A newly tarred R10.5m road has an electricity pole stuck right in the middle of it
News
1 year ago

Fixing the road is now part of the agency's five-year plan.

“Soon enough we should be able to have work starting on site. It is our determination to attend to the roads challenges and backlog as much as possible, while it is a reality that there are serious budget constraints.”

In the meantime, commuters have highlighted the dangers of using the road.

Professor and political analyst, Tinyiko Maluleke, commented on what it's like to drive on the road.

“If you see someone driving straight on this road from Phalaborwa to Ngove, you must know that they are drunk,” he said on his Twitter page.

He said failure to maintain the road was a failure in service delivery.

“There comes a time in the life of poorly constructed and utterly neglected South African roads, when the phrase ‘road maintenance’ no longer applies,” he said.

The Community is trying to fix potholes with Cement after 4 passengers lost their lives lastweek @MbalulaFikile @AdvoBarryRoux @Powerfm987 @SABCNews pic.twitter.com/FuSp2i2bPd

Maluleke's post led to motorists complaining about this and the state of other roads in the area. Others added that the road made for easier driving when it was gravel, rather than in its current state.

Trying to explain the slow pace and patience needed to manoeuvre on the road, one motorist likened driving there to being  part of a funeral procession to a graveyard, to which Maluleke replied: “The road is a graveyard.” 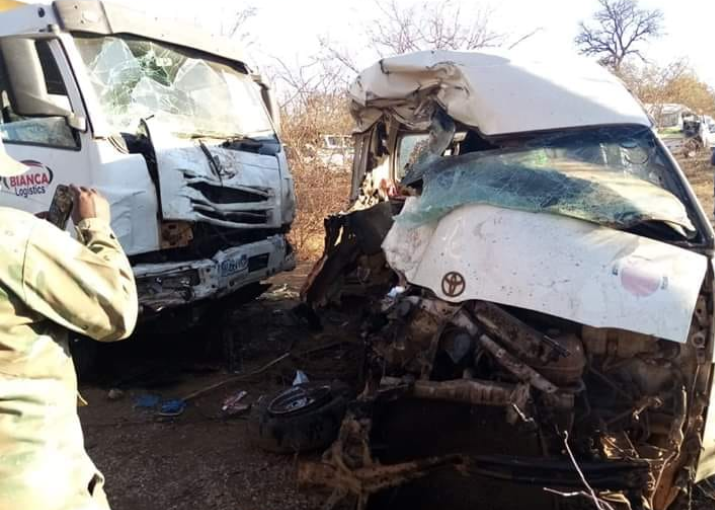 The aftermath of the deadly crash between a taxi and truck in Giyani on the pothole-ridden D3840.
Image: Twitter / @Given_Tlebea

In an accident last week, three people were killed and at least 10 injured.

“Preliminary investigations revealed that the driver of the truck lost control and collided head on with the oncoming minibus taxi carrying 13 passengers. The taxi driver is among the three people who perished in the accident,” said the office of Limpopo transport and community MEC Mavhungu Lerule-Ramakhanya.

A case of culpable homicide was opened.

Lerule-Ramakhanya, however, did not directly attribute the crash to the road conditions. She called on motorists to ensure that their vehicles were roadworthy before driving.

The failure by Nelson Mandela Bay municipality to fix the potholes in Old Uitenhage Road between Smartie Town and Missionvale township has prompted ...
News
8 months ago

There's a pothole of gold at the end of the rainbow

A flooded street where motorists cannot see hidden potholes has become a source of income for some enterprising children in Bethelsdorp, Port ...
News
1 year ago

There are plenty of driving habits that can affect your vehicle’s reliability over time, and without even realising it, your driving could be ...
Motoring
1 year ago
Next Article