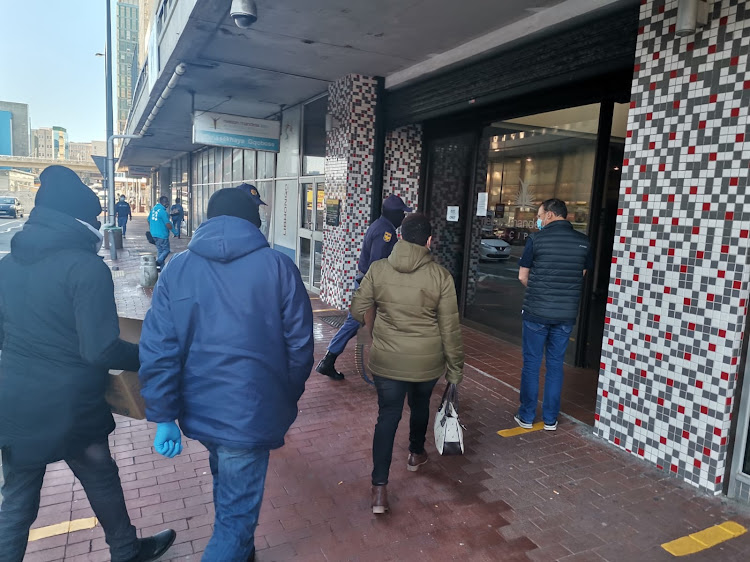 Nelson Mandela Bay municipal workers were stunned to see members of the Hawks and police swoop on the Mfanasekhaya Gqobose building  in Govan Mbeki Avenue on Friday morning.

The raid follows the predawn arrest of a top city official earlier on Friday.

About 10 law enforcement officials entered the building, and The Herald understands they spent nearly 40 minutes at the budget and treasury building's first floor.

From there, they moved  to the ninth floor, used for filing infrastructure and engineering documents.

After about an hour, municipal workers were barred from leaving the upper levels of the building while officials continued with their search and seizure operation.

Hawks spokesperson Lwando Zenzile said the municipal official was arrested on allegations of fraud and corruption linked to the human settlements department.

The official and a female co-accused are in the cells at the Port Elizabeth magistrate’s court ahead of their appearances on Friday.

Attorney Danie Gouws is representing the accused and advocate Clint Jacobs of the commercial crimes branch is prosecuting.

Court is not yet in session.

The Supreme Court of Appeal in Bloemfontein will on Monday morning consider Nelson Mandela Bay ANC councillor Andile Lungisa’s appeal against his ...
Politics
1 year ago

We will throttle you. That’s the word from the Nelson Mandela Bay municipality to consumers who use too much water at a time when the metro’s dam ...
News
1 year ago