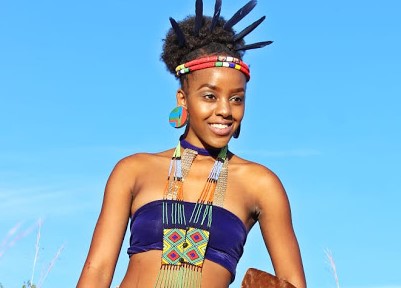 Palesa Zwane will be attending her final reed dance this year.
Image: Supplied

For her final reed dance, KwaZulu-Natal maiden Palesa Zwane, 22, will not be surrounded by hundreds of fellow young women to participate in an age-old Zulu cultural rite of passage.

Instead of carrying a reed she will carry a placard calling for an end to gender-based violence (GBV) which she will present to the Zulu monarch, King Goodwill Zwelithini, at the annual Umkhosi Womhlanga on Saturday.

“I am happy because I was just complaining that I won't be able to go, and then out of so many people I was chosen,” said Zwane.

She is one of only 30 maidens selected to make the 3km trek to the Enyokeni Palace, in Nongoma, to present the king with placards instead of reeds at this year's annual cultural gathering.

Every spring‚ thousands of maidens usually descend on the palace, where virginity testing — ukuhlolwa kwezintombi, an ancient Zulu tradition regarded as an important rite of passage to womanhood — takes place.

Before embarking on the annual trek to Nongoma‚ the maidens are tested by elderly women days before the pilgrimage to Enyokeni, or to the Swazi queen mother’s Eludzidzini residence. Those who pass the test take pride in their status and are lauded by their community as izintombi nto‚ pure maidens.

This ancient Zulu practice was largely neglected by previous Zulu kings but was revived by Zwelithini in 1984.

The maidens who will be attending this year’s reed dance, which has been adjusted because of the Covid-19 pandemic, were selected because they are undergoing the processes of getting married, and this year will be their last year.

Zwane has been attending the reed dance for the past eight years, and said last year’s event was her favourite. 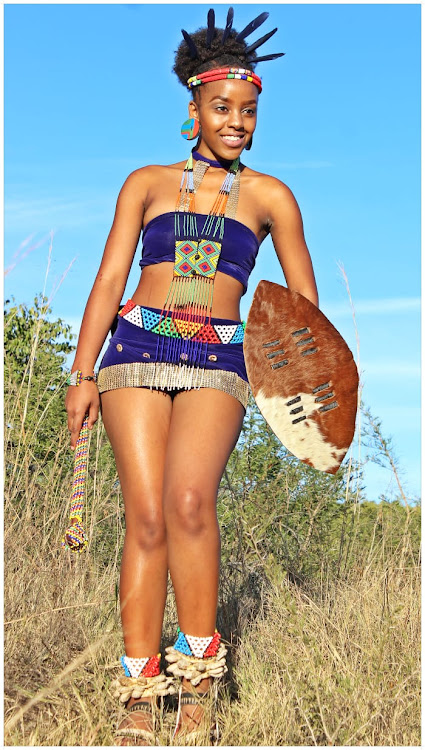 “We enjoyed all the media attention. We are like VIPs. People travel from far away to come to see us celebrate our culture. Last year stood out because there were a lot of people who came from different nations to see what the Zulu nation has to offer. I also enjoyed the advice we got from the king,” she said.

Despite the lockdown, Zwane and her fellow maidens in Dundee, near the KwaZulu-Natal Midlands, have found a way to keep each other motivated without meeting.

“Due to the lockdown, we weren’t able to meet and practise. We usually meet once a month to practise songs and be tested. It was hard not being able to go to these camps, but we were communicating on WhatsApp and encouraging each other to stay on the right track and not fall off the path because of Covid-19,” she said.

For Zwane, her swan song reed dance will be dedicated to the women who have lost their lives because of GBV.

“I would like my placard to say, 'Stop killing our women and children because we also have a bright future’. What is happening is painful because you grow up with someone, then the next day they are gone in a painful way,” she said.

The royal household said this year’s reed dance would focus on GBV and would be laid by one of the Zulu princesses.

The effect of lockdown on gender-based violence (GBV) has been laid bare by a researcher who collected data from every support call centre.
News
1 year ago

“His Majesty has on many occasions fittingly used the reed dance festival to educate society on vital social issues, such as practising sexual morals and behaviours, prevention of teenage pregnancy and the risk of contracting HIV/Aids. This time His Majesty will focus on eliminating GBV and femicide and the Covid-19 pandemic,” the household said.

Royal spokesperson Prince Thulani Zulu told TimesLIVE maidens who aren’t attending are still encouraged to dress up in their traditional regalia and listen to the king's message, which will be streamed on social media, from their homes.

“We encourage maidens at home to dress up and listen to the king's speech and share their pictures on social media,” said the prince.

Lobola, reed dance have to go as we root out patriarchy

Patriarchy, which informs most South African cultural, social and religious traditions, is at the root of violence against women.
Opinion & Analysis
2 years ago