At least 257 health-care workers have succumbed to Covid-19 in SA: Mkhize

Health minister Zweli Mkhize said on Tuesday evening that a total of 15,641 patients had succumbed to the virus.

The Covid-19 pandemic has brought an unexpected benefit to rhinos and other wildlife — a decrease in poaching during the first half of the year.

The International Rhino Foundation said this on Tuesday when it released the 2020 state of the rhino report outlining current conservation trends, including the effect of the global pandemic on the world’s five species of rhinoceros.

“Today [Tuesday], the UK’s Financial Conduct Authority (FCA) said the court found in favour of the arguments advanced for policyholders on the majority of the key issues,” ICA said.

The FCA had asked the high court for a ruling on how a representative sample of business interruption policy wordings respond to Covid-19 related losses. ICA said it believed the UK ruling was a “positive” development for SA claimants.

The Unemployment Insurance Fund (UIF) has extended the processing of new claims for Covid-19 temporary employee/employer relief scheme (Ters) benefits — but grant payments are on hold while millions of identity numbers are verified.

“Covid-19 Ters benefit applications for March to May 2020 shall close on September 25 and no further applications for that period shall be accepted beyond that date,” the department of employment and labour said on Tuesday.

Germany is giving €5m (about R98m) to feed Cape Town families hit hard by the Covid-19 lockdown, but on condition that at least 20% of beneficiaries are foreigners.

In addition, the KfW German Development Bank said half the spaza shops where digital vouchers are spent must be owned by foreigners.

A deal about the terms of the relief aid was signed at a meeting on Thursday between German ambassador Martin Schäfer and Cape Town mayor Dan Plato.

Gauteng health MEC Bandile Masuku is mounting a fightback against adverse findings made against him by the ANC's provincial integrity commission after its investigation of his conduct in relation to Covid-19 PPE procurement by his department.

This is according to a letter Masuku wrote on Monday to Trevor Fowler, the chairperson of the ANC Gauteng PIC, disputing some of the findings made against him.

Masuku was forced to take leave from his job as MEC while he was being probed by the PIC over revelations of dodgy tenders awarded to Royal Bhaca, a company owned by Thandisizwe Diko, the husband of president Cyril Ramaphosa’s spokesperson, Khusela Diko. The Dikos are family friends with Masuku and his wife, Loyiso, who is also a member of the mayoral committee in the City of Johannesburg.

A call for transparent body bags to prevent mix-ups during the Covid-19 pandemic was ignored by the government.

This is according to the National Funeral Practitioners of SA, which made the call a month after the country's first Covid-19 case was announced.

Nafupa secretary-general Julie Mbuthuma told TimesLIVE that the organisation called for transparent body bags when the first body mix-up occurred in the Eastern Cape in April.

The department of basic education has scrapped this year's final exams for grade 10 and 11 pupils and replaced them with “controlled” tests.

Previously the promotion of grade 10 and 11 pupils to the next grade was largely dependent on the results pupils achieved in the high-stakes, final exams which counted for 300 of the 400 marks in total for each subject. The remaining 100 marks came from tests, assignments and projects, known as school-based assessment (SBA).

Schools will set tests instead of exams for grades 10 and 11 in Covid...

South Korea to secure coronavirus vaccines for 60% of population

South Korea said on Tuesday it plans to spend $146 million to procure coronavirus vaccines, initially aiming to secure a supply for 30 million people, or 60% of its population, as it battles persistent outbreaks of new cases.

The population target is higher than a World Health Organisation (WHO) goal for the early purchase of supplies for 20% of the world's most vulnerable people, and at least 40% agreed by European Union nations, Britain and EU partners for their populations.

While South Korean authorities would like to inoculate the entire population of 52 million, uncertainty around any vaccine's safety, efficacy and development was limiting investment, Prime Minister Chung Sye-kyun told a cabinet meeting.

President Cyril Ramaphosa is expected to chair two key meetings on Tuesday as signals point towards a possible easing of Covid-19 restrictions, amid a decline of new infections.

His office said he will lead a National Economic Development and Labour Council (Nedlac) meeting, attended by representatives of government, business and labour. This follows a number of meetings held in the last few weeks to come up with ideas to rebuild the economy severely affected by the Covid-19 pandemic.

On the same day, Ramaphosa is also expected to chair the president's co-ordinating council meeting which includes ministers, premiers and leadership of the SA Local Government Association.

Thandiwe Phiri prepares for her first day back at school after almost five months of learning from home. The national lockdown not only prevented the 13-year-old from going to school but has also left an impact on her mental health.

Phiri described feelings of isolation and anxiety during these past months, which she says made her appreciate going to school even more.

“Lockdown taught me that school is not always about learning — it's also about different things, like making friends and learning different life lessons,” says the grade 8 pupil. 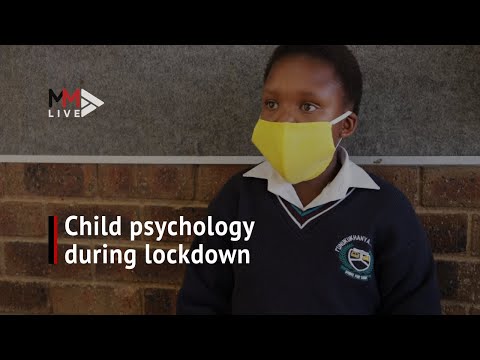 A 59-year-old man from Johannesburg is out on R50,000 bail after appearing in court on Monday over a tender that allegedly saw “best before” dates being altered on food ration packs during the lockdown deployment of the SA National Defence Force (SANDF).

Stephen Wallace Weir from Dainfern in Fourways appeared briefly in the Pretoria specialised commercial crimes court in connection with charges of fraud, theft, forgery and uttering and contravention of the Food, Cosmetics and Disinfectants Act.

National Prosecuting Authority (NPA) spokesperson Lumka Mahanjana said on Monday that a company, SERAC MRE (Pty) Ltd, was granted a tender by the department of defence to supply food patrol ration packs nationally for various divisions within the SANDF during its coronavirus deployment.

Man in court over 'expired' food ration packs for SANDF during...

About 12 million South Africans could have contracted Covid-19, many not even knowing it

While Covid-19 tests have confirmed that almost 651,000 South Africans have contracted the coronavirus since the start of the pandemic, the health ministry says modelling indicates about 12 million people across the country could have actually contracted the virus.

With some showing no symptoms, they may have been unaware they had it.

In a statement released on Monday night, health minister Zweli Mkhize said initial seroprevalence studies from convenience samples have shown seroprevalence of between 29 and 40%.

About 12 million South Africans could have contracted Covid-19, many...

'Isolation kills a person before they die': Reflections from the front line

Sister Tryphina Zwane’s calm presence belies the fear and worry she faces daily on the front line of the coronavirus pandemic.

The fear is real for Zwane, who contracted the virus herself. Unlike some of her colleagues though, she survived.

“I’m deeply touched when I hear the news of colleagues that have passed away. It scares me as a front-line worker, but it also pushes you to be extra careful to wear PPE [personal protective gear] and not to make mistakes.”

'Isolation kills a person before they die': Reflections from the...

Prof Salim Abdool Karim says SA is now in a “post-Covid new normal” but worries that “super-spreader” events could spark a second resurgence in cases.

The chairperson of the Covid-19 ministerial advisory committee told 702 on Monday that certain events, including large gatherings, should still be treated with extreme caution when the country moves to lockdown level 1.

“Where there is a large number of people, it’s not always easy to implement social distancing and mask-wearing and so on. In those settings, we have to have a situation where we reduce our risk of super-spreading events,” he said.

Zim teachers working in Limpopo 'locked outside SA' due to restrictions

A process is under way to bring into the country 16 school teachers from Zimbabwe who work in Limpopo but have been unable to return to SA due to the coronavirus lockdown.

The DA in Limpopo has called on provincial education MEC Polly Boshielo to engage home affairs minister Aaron Motsoaledi to allow teachers working in Limpopo to enter the country.

Zim teachers working in Limpopo 'locked outside SA' due to...

'Scare your friends with your big hair and narrow mind': US artist on R3K 'Karen-19' masks

US artist Jason Adcock has flipped the switched on Covid-19 and is capitalising off Karen’s notoriety with his “Karen-19" masks.

While Covid-19 took over the world and continues to claim lives, “Karens” have made headlines for their 'behaviour.'

The name “Karen” has been associated with rude, entitled, middle-aged white women. It has also been used to describe racist women and those who refuse to wear a mask during the Covid-19 pandemic.

'Scare your friends with your big hair and narrow mind': US artist on...