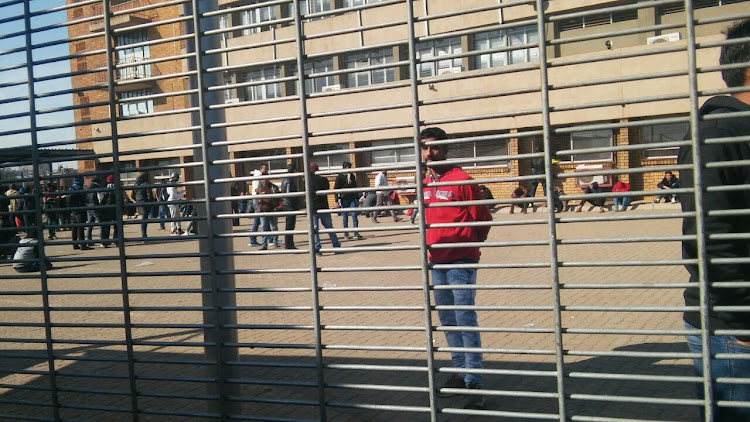 Asylum seekers at the Desmond Tutu Refugee Reception Centre in Pretoria. A study by Lawyers for Human Rights has looked into corruption and hurdles asylum seekers experience while trying to realise their refugee status.
Image: Penwell Dlamini

Corruption is rife at Refugee Reception Offices (RROs) around the country, despite laws aimed at combating it, according to a study by Lawyers for Human Rights (LHR).

Titled Costly Protection: Corruption in South Africa’s Asylum System, the report due to be officially launched on Thursday looks into corruption and hurdles asylum seekers experience while trying to realise their refugee status.

“LHR initiated the assessment underpinning this report in late 2019, using both quantitative and qualitative methods to assess the current state of affairs in respect of corruption at RROs in SA,” LHR said.

The organisation said 263 asylum seekers and refugees across the country participated in surveys designed to identify corruption experienced by the participants when engaging with RROs.

One of the key findings of the study is that “corruption is still rife at all stages of the asylum process in SA, and most persons who responded to the survey had experienced corruption when trying to access services at an RRO”.

A significant number of respondents disclosed the RRO where their first application for asylum was lodged, and Cape Town is where the majority of the asylum seekers went for help.

“This is an RRO that has since closed to newcomer asylum seekers, and remains closed despite a court order mandating the reopening,” notes the report.

“There were respondents who reported to other offices that have since closed, including the Rosettenville, Johannesburg  and Maitland RROs.”

The closure of these RROs has, according to LHR, created an opportunity for corruption to arise.

Zimbabweans in SA who missed food assistance deadline are desperate

Zimbabweans who missed the submission deadline on July 19 to apply for food assistance cannot get an extension, Zimbabwean consul general in ...
News
10 months ago

The Methodist Church and Greenmarket Square protest refugees are living in camps in Bellville and Kensington, Cape Town. Nearly all of them still ...
News
10 months ago

The survey revealed that asylum seekers were asked to pay to submit an asylum application, for renewal of documents, for the services of an interpreter, for the issuing of documentation, and for help from a refugee status determination officer. All these services are offered by the department of home affairs free of charge.

“Some respondents also reported being offered refugee status documentation in exchange for payment.”

According to the report, when asked about the process to report corruption, the majority of respondents said they had little to no clear knowledge of whether there were formal processes available, and what those processes entail.

“Only a quarter of respondents affirmed they had seen any type of notice at an RRO with instructions on how to report corruption.

“Section 20A of the Refugees Amendment Act, implemented on January 1 2020, provides that the director-general 'must as soon as possible after commencement, and from time to time thereafter, direct all members and administrative staff of the Standing Committee, Refugee Appeals Authority and all members of staff at any Refugee Reception Office, including all persons who are not members of staff but who perform any function at such an office, to be subjected to measures to test the integrity of those persons for the purposes of combating or preventing fraud, corruption or any crime of which dishonesty is an element; and enhancing the integrity of, and confidence in, the asylum seeker and refugee system'.”

Recommendations made by the LHR to combat corruption at RROs include: