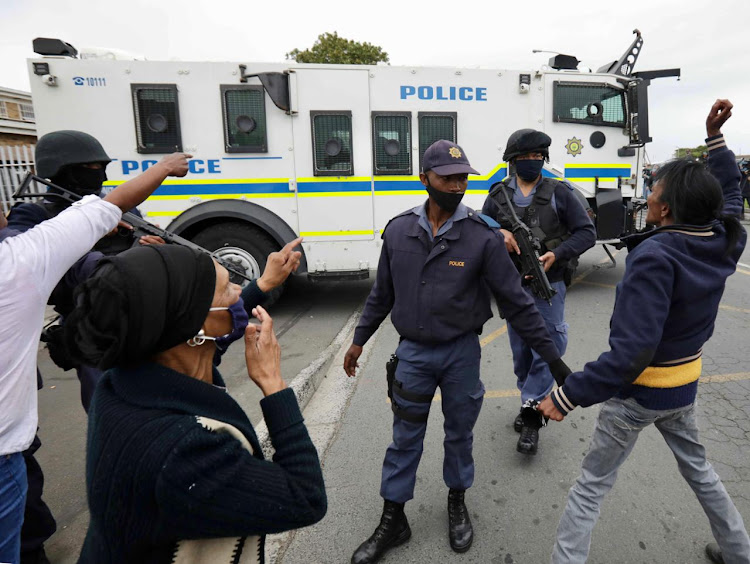 Bishop Lavis residents confront police outside the suburb's magistrate's court on September 25 2020 as Zane Kilian is driven away after being charged with the murder of Lt-Col Charl Kinnear.
Image: Esa Alexander 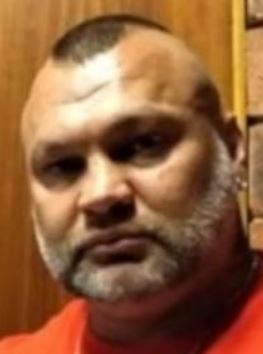 The identity of the man arrested in connection with the murder of senior Cape Town policeman Charl Kinnear has been revealed. He is Zane Kilian, 39, a former professional rugby player from Gauteng.

Kilian appeared in the Bishop Lavis magistrate's court on Friday morning under heavy police guard. The burly man wore a black hood in court and stared at the magistrate.

He stood in the dock handcuffed, and the only time he spoke was when he confirmed he speaks Afrikaans.

Angry members of the community in Bishop Lavis, where Kinnear was murdered a week earlier outside his home, shouted expletives outside court. Some said Kilian must rot in jail for, allegedly, “killing a good cop”.

Kilian, who played as a hooker for the Valke in the mid-2000s, faces charges of murder, conspiracy to commit murder and illegal interception of communication.

“The accused is guilty of murder in that upon or about September 18 near 10 Gearing Road, Bishop Lavis, in the district of Goodwood, the accused did unlawfully and intentionally kill Charl Kinnear, a male person,” the charge sheet read. 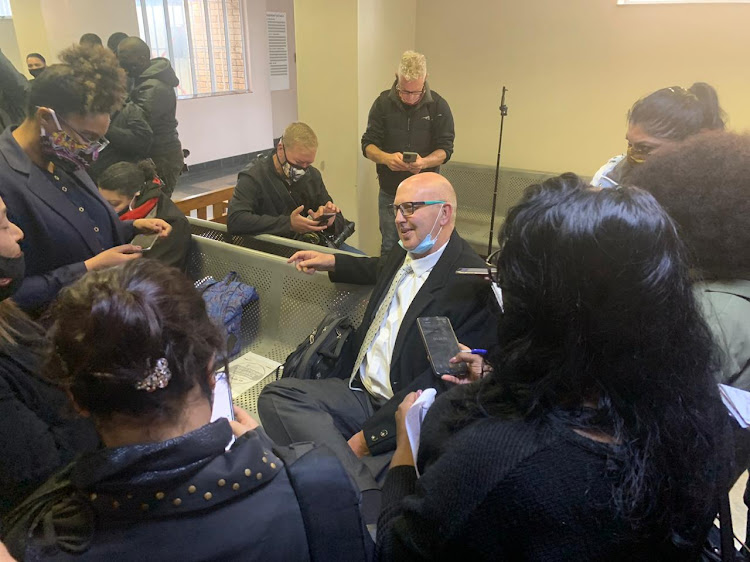 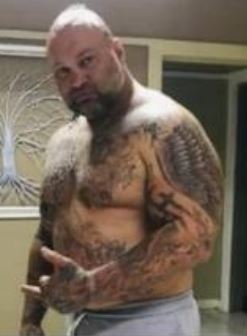 Zane Kilian was a hooker when he played professional rugby in the mid-2000s.
Image: Facebook

The court postponed the matter to October 5 for further investigation and a bail hearing. Kilian will be held at the Bellville police cells.

Eric Ntabazalila, spokesperson for the National Prosecuting Authority (NPA) in the Western Cape, said it would oppose Killian's release on bail.

Kilian's attorney, Eric Bryer — who once represented Czech fugitive Radovan Krecjir — said the Springs, Gauteng, man was arrested on Monday and questioned at the Hawks' offices in Germiston.

“They took him to Midrand police station on Monday night. On Tuesday he was in the Midrand cells until about 3pm,” said Bryer. “They collected him and brought him here [to Cape Town] overnight, and we arrived here on Wednesday morning.”

Bryer said Kilian had not yet been charged when he left Gauteng.

“He was actually charged yesterday afternoon. Yesterday, the communication varied. He hadn't been charged. They were somehow going to roll it over to Monday, but they changed their minds and let us know yesterday that he has been charged and is appearing in court today [Friday].”

Security was tight outside court, and journalists were instructed to turn off their phones before Kilian's appearance. They were also told they would not be permitted to photograph the suspect because his life was in danger.

Kinnear, 52, a section commander in the anti-gang unit, was murdered a week ago while sitting in the driver's seat of his car outside his Bishop Lavis home. Kilian is not suspected of being the gunman, who is still at large.

The assassination of a leading detective has brought the Western Cape's bloody underworld war to a chilling new level and a defining moment, an ...
News
1 year ago