Bridgestone to close after efforts to save plant fail 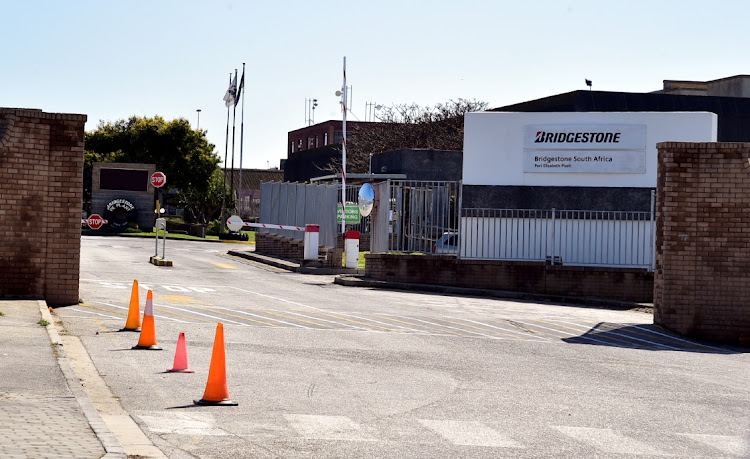 Operations at Bridgestone SA’s Port Elizabeth plant are winding down, with its last day of operation set for November 15.
Image: EUGENE COETZEE

It is the end of the road for Bridgestone SA’s Port Elizabeth plant and its 252 workers, with operations winding up and the closure of the plant earmarked for November 15.

The announcement of the tyre manufacturing plant’s closure was made by Bridgestone SA chief executive Jacques Fourie on Tuesday.

Fourie had announced in August that shutting up shop was imminent, with a Section 189 retrenchment process underway.

“The proposal to close the plant was not taken lightly and the impact on employees has been taken into account from the outset,” Fourie said.

Bridgestone SA has in recent years seen its financial performance come under pressure, hard hit by a variety of economic conditions and industry factors.

Chief among these industry changes, Fourie said, was the bias (crossply) industrial and off-the-road tyres manufactured at the Port Elizabeth plant being phased out in the market as a result of a growing trend in the production and use of radial tyres globally.

“The unfortunate reality is that the plant is simply unable to produce the radial tyre the  industry is rapidly moving towards.

“Upgrading the factory to produce radial tyres would have necessitated an investment in a completely new multibillion-rand plant, which is not feasible or justifiable under any circumstances, especially in the current economy,” he said.

Concerted efforts, including the sale of the factory to investors, had been unsuccessful.

National Union of Metalworkers of SA (Numsa) general secretary Irvin Jim said the Bridgestone closure was “part of the job loss bloodbath which workers and their families have been experiencing”.

Jim said it was for this reason the “government must do more to intervene in the economy and create jobs by building our manufacturing capacity in the country”.

“We have been participating in the Section 189 process to deal with job losses which will result from this.

“The real tragedy here is that this company played a very critical role in promoting and growing the local economy.

“What is even more disturbing is that 252 families will be affected negatively by poverty caused by job losses at a time when our economy is not creating jobs.

“Additional support must be given to workers and their families during this time,” Jim said.

A few days after Fourie’s August announcement, Eastern Cape premier Oscar Mabuyane said he would do all in his power to ensure the Bridgestone factory did not close.

Mabuyane said the provincial government was not willing to see the factory close and was exploring ways to keep it operating so jobs could be saved.

Mvoko said discussions with Bridgestone were ongoing since the announcement was made.

“It became very clear it was a situation that could not be saved,” Mvoko said.

“Bridgestone made it very clear they have been making a loss for the last five financial years in terms of performance.

“It was a situation we couldn’t save as the provincial government even if we put in incentives.

“They had already made up their minds that changing their machinery and putting in new technology would have been too costly.

“We tried our best and the situation is saddening because a lot of people are losing jobs,” Mvoko said.

Fourie said the company was aware of the impact the closure would have on the lives of Port Elizabeth employees and had “committed to mitigate the impact of the proposed closure”.

He said fair severance packages would be provided and “where possible, skills will be redeployed”.

The group said it was still committed to southern Africa, noting that its Brits manufacturing facility in the North West would continue full operations.

Premium cars drive Volkswagen back to profit on China boost

Volkswagen AG returned to profit in the third quarter as surging Chinese demand for luxury cars helped offset a 1.1% drop in vehicle deliveries due ...
Motoring
6 months ago

China's 2020 car production and sales could return to 2019 levels

China's 2020 car production and sales may possibly be close to last year's levels should they keep growing in the fourth quarter, an official from ...
Motoring
6 months ago
Next Article