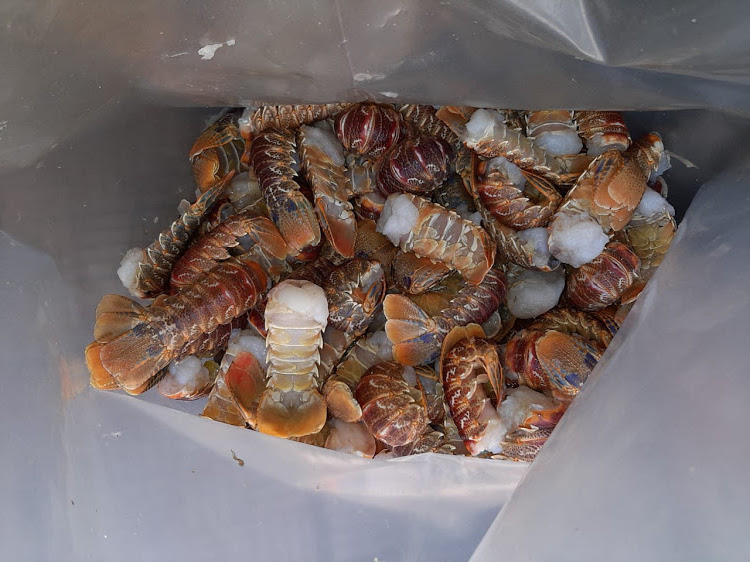 A man transporting crayfish tails has been arrested.
Image: SAPS

Eight bags of crayfish tails were seized from a motorist in Cape Town after a spot check led to the discovery of the expensive seafood delicacy in the boot. 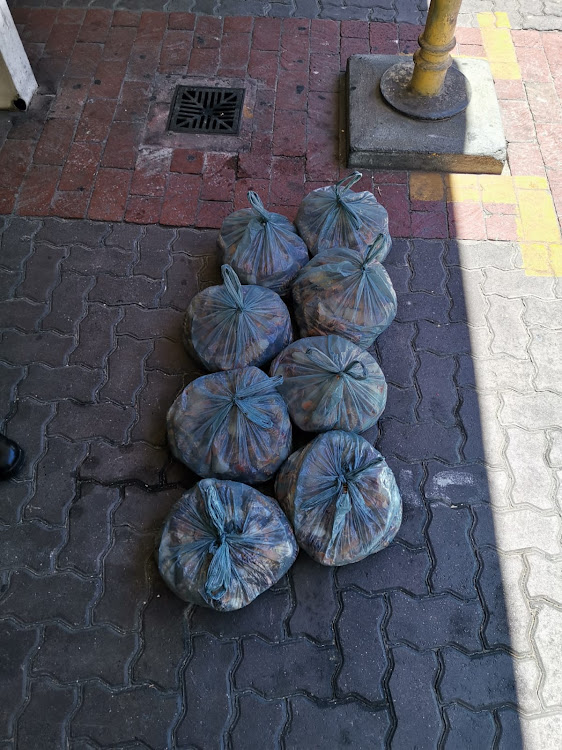 During visible policing patrols, they stopped a “suspicious” black Mercedes-Benz.

“They discovered eight blue plastic bags containing crayfish tails in the boot of the vehicle, of which the value is yet to be determined.

“The driver of the vehicle was arrested and officials of the department of environment, forestry and fisheries were contacted for their assistance with the safekeeping of the crayfish tails.”

The man was due to appear in the Cape Town magistrate's court on Thursday.

Abalone with an expected street value of R900,000 and abalone drying equipment valued at around R60,000 was found in a Stellenbosch house when law ...
News
2 months ago

Abalone dealers nabbed after car overturns with loot in the boot

An accident scene in Port Elizabeth led to the end of the road for a couple who were seemingly dealing in abalone.
News
2 months ago

Crayfish worth over R6m seized on N2 in Western Cape

Western Cape police seized crayfish worth R6.5m along the N2 near Grabouw at the weekend.
News
6 months ago
Next Article