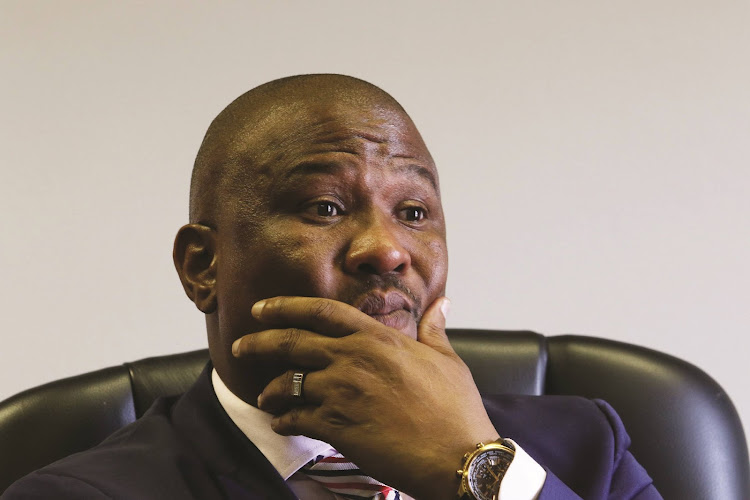 Gomba and other senior government and ANC officials were released on R1,000 bail each by the East London magistrate's court on Friday. 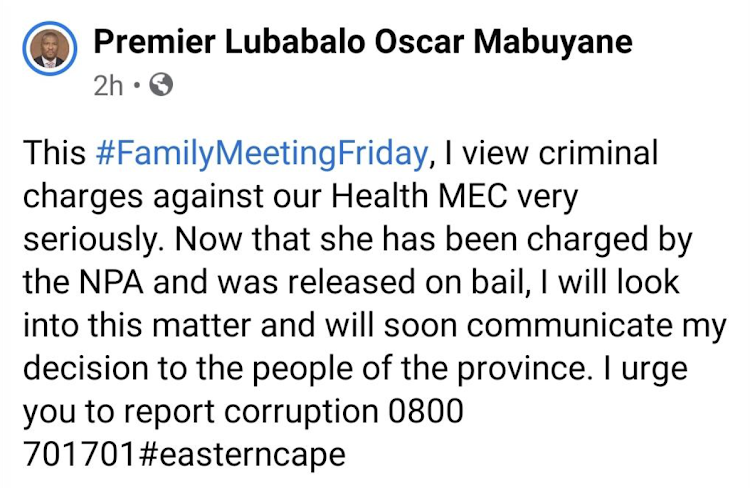 “Now that she has been charged by the NPA (National Prosecuting Authority) and was released on bail, I will look into this matter and will soon communicate my decision to the people of the province. I urge you to report corruption on  0800 701701.”

Mabuyane's office later released a statement reiterating his stance on the charges faced by Gomba.

“It is worth noting that when the premier appointed Ms Gomba, she was not facing any charges because the NPA provisionally withdrew charges against her,” the statement read.

The health MEC is no stranger to controversy. She was under fire after the provincial government pulled the plug on the contentious scooter ambulance tender last year and has had several embarrassing slips on live TV.

The University of Fort Hare on Tuesday confirmed that the registration of Eastern Cape health MEC Sindiswa Gomba for an honours degree was ...
Politics
1 year ago