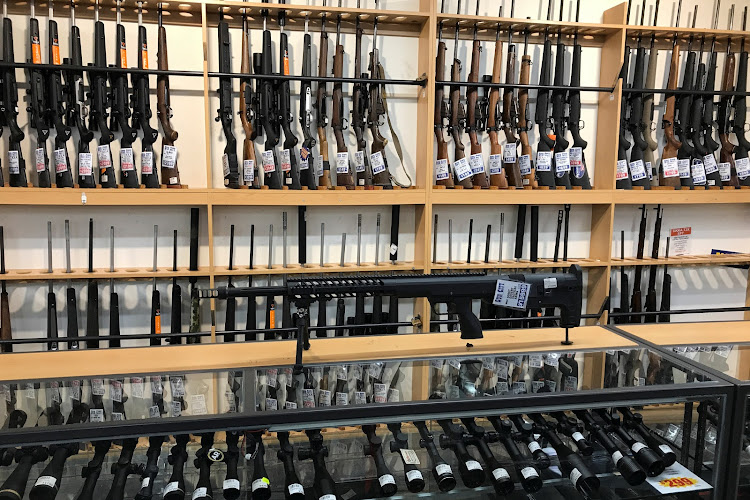 Would-be legal gun owners are advised to be patient as licence applications are processed during the pandemic. File photo.
Image: REUTERS/Jorge Silva

The police Central Firearm Registry advises that firearm licence applications are taking longer to process, mainly due to challenges linked to the Covid-19 pandemic.

Brig Vish Naidoo, spokesperson for the national commissioner's office, said the SAPS, like other sectors, has not been immune to employees needing to self-isolate after having tested positive or come into contact with people who tested positive for the virus.

“In compliance with the national disaster management regulations as well as other safety related protocols, SAPS members are operating at reduced capacity to mitigate the spread of the virus.

“In the event a positive case is detected, buildings are also evacuated for purposes of decontamination, adding to the delays,” he said.

The police are also dealing with a second round of weapons being handed in during the renewed firearms amnesty period, which ran for six months until January 31.

“Applications for licences in respect of surrendered firearms during the amnesty period compounded the situation, after the total number of firearm licence applications increased by more than 80% for the duration of amnesty,” said Naidoo.

“Applications forlilicences in respect of surrendered firearms requires an entirely different process to that of a normal renewal oflilicences, which inevitably prolongs the turnaround time for their finalisation.”

In light of these factors, he said, the turnaround time for a firearmlilicence application is taking more than the normal 90 working days.

“After taking all factors into consideration, the period for the finalisation of these applications has been extended from 90 to 120 working days.”

“An assurance is given that everything possible is being done to process these applications within the new 120 working days turnaround time.”

The police commissioner of operational response services Lt-Gen Nhlanhla Mkhwanazi has overseen the destruction of 35,069 firearms which were either ...
News
1 year ago

Revealed: Ex cop who sold guns to gangsters is in witness protection

A former SAPS colonel jailed in connection with the theft of firearms, which were then sold to gangs on the Cape `Flats, is in a witness protection ...
News
1 year ago