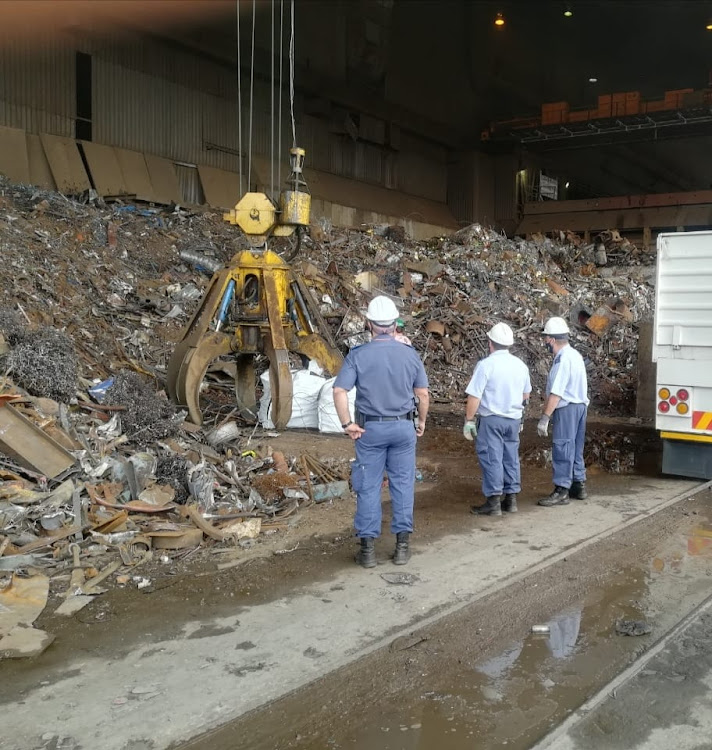 Police destroy 35,000 firearms which were surrendered to them or which were confiscated by police during their crime fighting operations, at Cape Gate Wire and Steel Manufacturer in Vanderbijlpark.
Image: SAPS

The police commissioner of operational response services Lt-Gen Nhlanhla Mkhwanazi has overseen the destruction of 35,069 firearms which were either confiscated by the police, voluntary surrendered to or forfeited to the state.

The destruction took place at Cape Gate Wire and Steel Manufacturer in Vanderbijlpark in Gauteng.

The police said only 2019/2020 amnesty firearms that were not linked to a pending firearm application or criminal investigation were included for destruction.

The rest of the firearms which were destroyed on Thursday were confiscated by the police during intelligence driven operations, routine stop and searches as well as tip-offs received from community members.

Police spokesperson Col Brenda Muridili said the national police commissioner was mandated by the Firearms Control Act to destroy firearms and ammunition seized by, surrendered to or forfeited to the state.

The police service thanked members of the public who participated in the current firearm amnesty which ends on Sunday. It said 40,729 firearms and 199,573 rounds of ammunition have been surrendered so far.

“Individuals and institutions in possession of illegal, obsolete and redundant firearms or parts thereof are encouraged to use the remaining three days to surrender them without fear of prosecution for illegal possession,” Muridili said.

Illegal or unwanted firearms, firearm parts and ammunition can be surrendered to the police without fear of prosecution until January 31.
News
1 year ago

Gauteng police said a man believed to the person seen on video shooting into the air at the Doornpoort toll plaza in Pretoria in December has been ...
News
1 year ago

Police have urged illegal gun owners to take advantage of the new firearm amnesty which came into force on Saturday.
News
1 year ago