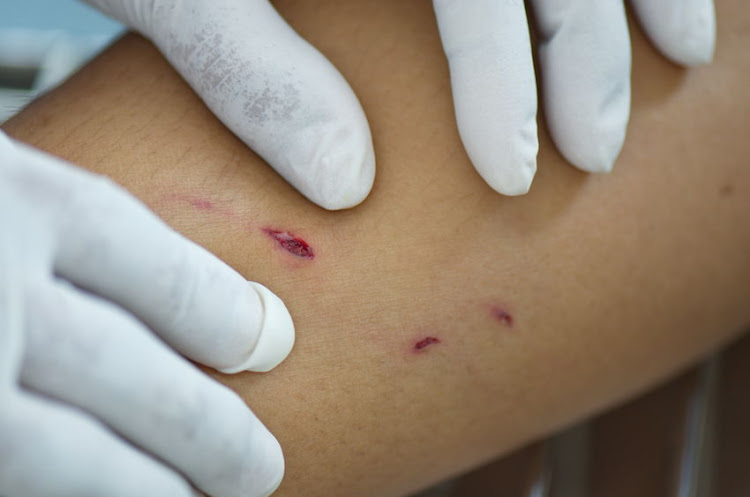 Rabies is present in the saliva of an infected animal and is transferred to humans through biting‚ scratching or wounds that come into contact with the animal’s saliva. File photo.
Image: koolsabuy/123rf.com

Fear of contracting Covid-19 has been associated with a drop in childhood immunisation in the past, but according to the National Institute for Communicable Diseases (NICD) the pandemic may also have resulted in neglect of pet vaccinations too.

So far this year, two people have died from rabies. In total, eight people died of confirmed rabies infections in 2020.

In its latest monthly communiqué, the NICD said the two deaths were that of a nine-year-old boy from Matangari village in Thohoyandou, Limpopo, and a two-year-old boy from eNgonyameni near Umlazi in KwaZulu-Natal.

“As Covid-19 has modified care-seeking behaviour and access to health services, access to rabies post exposure prophylaxis (PEP) may also have been affected,” the institute noted.

The majority of cases of human rabies are linked to dog bites, and vaccinating against it is the most important intervention in the control of the disease.

“Since there is no treatment for clinical rabies disease, rabies PEP is the only approach to the prevention of rabies infection once exposure has occurred,” the NICD said.

Just three people have died of rabies in 2020, but Covid-19 blurs the picture

Rabies is suspected to have killed three children in SA so far this year, says the National Institute for Communicable Diseases.
News
1 year ago

Groome said the Thohoyandou boy was apparently not given rabies post-exposure prophylaxis after a dog bite in December. The child showed general weakness, pupil dilation and hypersalivation, and died in January, a day after he was admitted to hospital.

A sample of saliva obtained from the child on admission tested positive for rabies nucleic acid, confirming that he had died of rabies.

A second case this year was confirmed on February 15, and this was the first case of human rabies in 2021.

“The child sustained an injury on his head while playing with a dog in the last week of January 2021. The boy was taken to hospital, but reportedly no rabies PEP was administered,” the NICD said.

The primary source of rabies in Africa is dogs.

Cows and other domestic animals in the Qumbu region of the Eastern Cape will be vaccinated against rabies from Wednesday after a cow bit the leg of a ...
News
1 year ago

Hardly any flu or rabies this year, reports the NICD

The National Institute for Communicable Diseases on Tuesday said the precautions people are practising such as mask-wearing, sanitising and social ...
News
1 year ago