Quarter of households in Gauteng informal settlements did not get planned upgrades in 2019/20: SAHRC 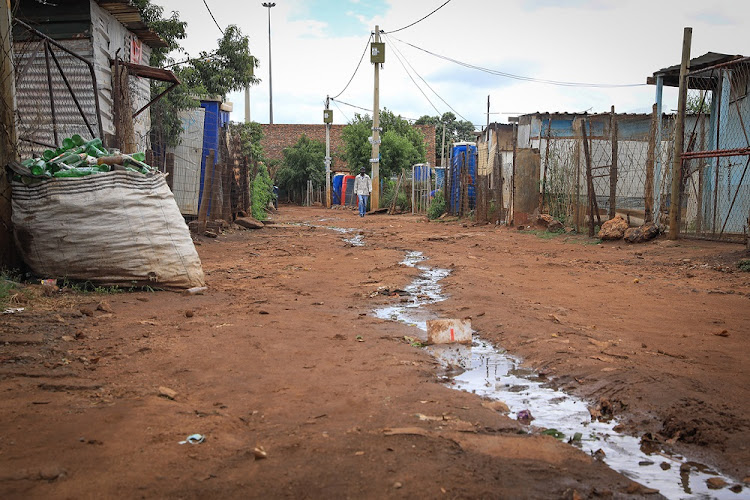 The City of Tshwane is 'not performing' with regards to the urban settlement development grant (USDG) and the upgrading of informal settlements programme (UISP), says the SAHRC. File photo.
Image: Sebabatso Mosamo

Twenty-five percent of households in Gauteng informal settlements earmarked to be upgraded in 2019/20 were not upgraded.

That’s according to the 2020-2021 State of Human Rights Report released by the Gauteng office of the SA Human Rights Commission (SAHRC) on Tuesday.

The report said the percentage of households living in informality stood at 18.4% for the Ekurhuleni, 19.1% for Johannesburg and 16.4% for Tshwane.

Across the three metropolitan areas in Gauteng, about one in five to one in six households were living in informal households and remained vulnerable and susceptible to Covid-19 due to their limited access to basic services and ability to practise physical distancing.

The report focused specifically on projects to which the three metros committed themselves in the 2020/2021 financial year under the upgrading of informal settlements programme (UISP).

Weyers said Ekurhuleni and Johannesburg had made concerted efforts to ensure the right to adequate housing through the upgrading of informal settlements was met.

“They have done so by developing detailed plans and allocating specific budgets. Both cities, in future, should endeavour to list the specific informal settlements and number of households that will stand to benefit under every UISP project, whether funded through the new upgrading of informal settlements partnership grant (UISPG) or from the cities’ own revenue streams,” he said.

He said with regards to the urban settlement development grant (USDG) and the UISP component, Tshwane was evidently not performing.

“The uncertainty these residents face is unnecessary and any delays in working towards the right to adequate housing through the upgrading of informal settlements should be addressed as a matter of urgency, especially given that funding has been made available to achieve this end,” he said.

Stuck in a rut: no money to relocate thousands from Khutsong sinkholes

“The failure of Tshwane to meet the requirements about the USDG, and specifically about its UISP component, is indicative of poor planning, poor budgeting and poor reporting and shows a lack of commitment to ensuring the right to adequate housing through the upgrading of informal settlements is met.

“These shortcomings invariably mean residents of informal settlements in Tshwane are likely to have to wait even longer to be reflected in city plans and budgets and the systematic incremental upgrading of households will be delayed.”

Weyers said overall, only 42.5% of the total available funds for 2019/2020 had been spent by the metros by the third quarter of their financial year ending June 30.

“This reality, where metros have spent less than a half of their USDG by the end of their third-quarter, could be attributed to the fact that some cities submit their USDG plans late or sometimes do not submit plans at all,” he said.

“The underspending of funds ultimately resulted in the transfer of funds to Mangaung [R301m], Ekurhuleni [R120m], Tshwane [R200m] and Cape Town [R60m] being stopped,” Weyers said.

He said reasons given for the underspending included delays in procurement processes, violent protests, slow or non-performance by contractors, lack of project management skills, gang violence and labour disputes.

The Klein Karoo is an unlikely setting for an outbreak of anarchy, but events in a tiny municipality forced the Cape Town high court to issue an ...
News
1 year ago