Baboon on the loose in Johannesburg, spotted on roof of hospital 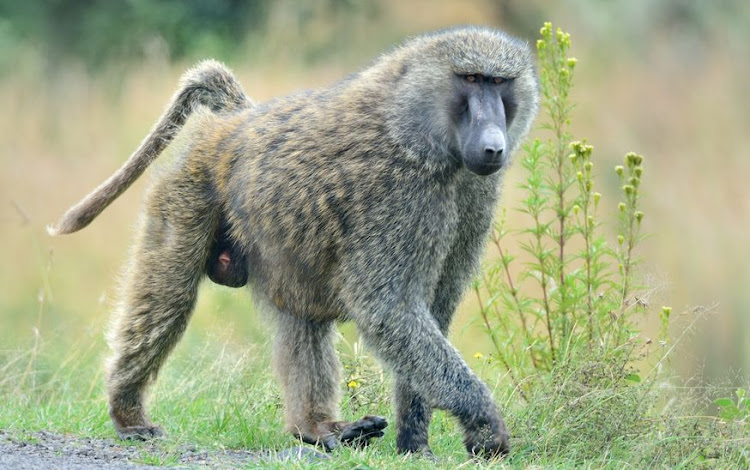 The baboon was spotted in the Parktown north area on Sunday.
Image: 123RF/zixian

A baboon has been spotted on the loose in the streets of Johannesburg and even on the roof of a hospital over the weekend.

Founder of Community Led Animal Welfare (Claw) Cora Bailey said the male baboon is believed to be from the Cradle area, west of Johannesburg.

“Baboons live in huge family groups and when the male baboons become adults they cannot stay with the troop any longer. In order for genetic diversity, male baboons leave the troop they were born in. Sometimes they are ousted and sometimes they leave on their own accord.

“This is the case with this baboon and he is not the first, we had several in the recent past. A lot of them seem to follow the same route.”

Due to rapid urbanisation it has become extremely difficult for baboons to find other troops, Bailey said.

Most of the baboons move from the Cradle area to the Krugersdorp area and later end up in the Constantia Kloof area.

The baboon was spotted on the roof of Life Flora Clinic in Roodepoort on Saturday, she added.

“He has gone from there and he headed north into Northcliff and into the Roosevelt Park and Linden area.”

Bailey said the baboon was spotted in the Parktown north area on Sunday and they hoped he would be captured safely soon.

There had been no incidents in the past where someone was injured but people should be vigilant, she added.

“They find themselves in the suburbs and they are completely bewildered and they are looking for a way out, because everything is foreign to them.”

Cape Town’s celebrity baboon, Kataza, has three days to make it across the mountain - or he could be relocated to a rehabilitation centre in Limpopo.
News
8 months ago

A row over a Cape Town baboon has escalated into a criminal case after a city official was threatened and his property vandalised in a retaliatory ...
News
10 months ago

The judiciary may have to decide the fate of Kataza the baboon, who has sharply split opinions in Cape Town.
News
1 year ago