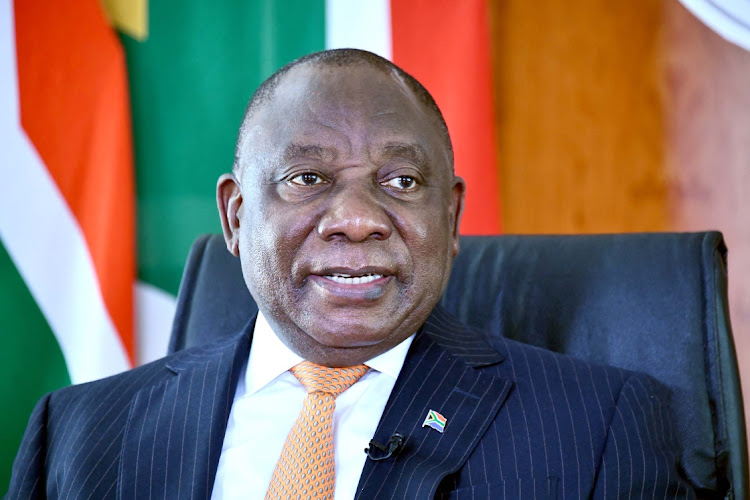 President Cyril Ramaphosa on Saturday rubbished a media report that a complaint of corruption relating to a “dubious tender” had been made against him at Sandton police station.

Responding to a report in Johannesburg daily The Star, acting spokesperson in the presidency Tyrone Seale issued a statement that said: “The newspaper report is not clear on the details of the complaint, and the report contains glaring inaccuracies and a clear misrepresentation of facts.”

The Star reported that the Free State education department awarded a tender to Ramaphosa’s former company, Shanduka, to build schools.

It said Reserve Bank shareholder Fanie Fondse had laid criminal charges against the president on Tuesday, alleging the tender was not advertised and no bidding process was undertaken.

The presidency statement denied this. “Neither President Ramaphosa nor any companies in which he held interests has ever received any benefit from school construction in the Free State or anywhere else in the country,” said Seale.

Deputy President Cyril Ramaphosa has completed negotiations for the sale of most of his business interests to the Pembani company led by MTN Group ...
News
7 years ago

“On the contrary, both President Ramaphosa and Shanduka have made substantial financial contributions towards the construction and development of schools.

“Shanduka did not operate in the construction industry. The nature of Shanduka’s investments and operations are publicly available.”

Seale said Ramaphosa was neither a director nor a shareholder in Shanduka Group in 2015 “at the time he was alleged to have ‘persuaded’ the provincial department to award the non-existent contract. He exited the business in November 2014.”

The Shanduka Foundation — a non-profit organisation established by Ramaphosa in 2002 and now called the Cyril Ramaphosa Foundation — had made substantial contributions to the development of township and rural schools, said Seale.

In 2013, he said, the Shanduka Foundation committed R100m to a school development project in the Free State. Kagiso Trust also made a R100m commitment and the Free State education department matched them.

“This project, originally known as the Kagiso Shanduka Trust and now simply as KST, has to date facilitated the contribution of around R280m from foundations and private sector donors to schools in the Free State,” said Seale.

‘If it’s urgent, take it to Mbali.”  This is the advice given to ministers and politicians seeking the immediate attention of President Cyril ...
Opinion & Analysis
2 years ago

Deputy President Cyril Ramaphosa has accused the ANC Youth League of spreading fake news after it accused him of a conflict of interest. The ANCYL ...
Politics
5 years ago

'We are ready for Ramaphosa!' sing Soweto residents