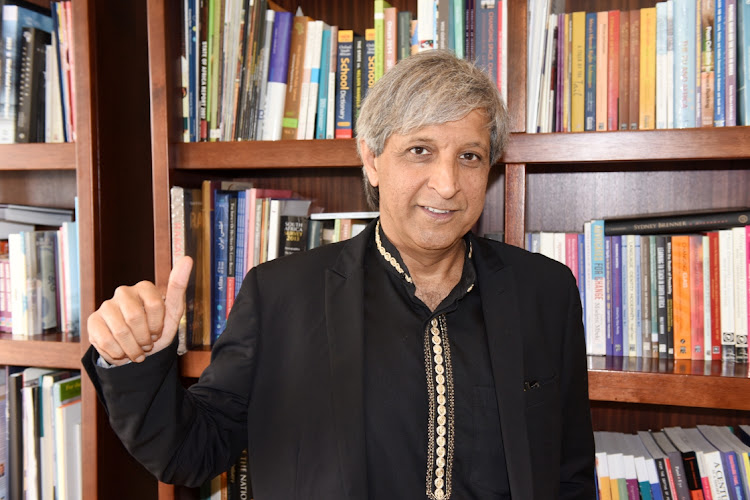 Prof Adam Habib will be back in his position as director of the School of Oriental and African Studies (SOAS) in London on Monday.
Image: Freddy Mavunda

Prof Adam Habib is “not racist”, even though he should not have used the N-word during a discussion with students at the School of Oriental and African Studies (SOAS) in March.

This is according to the findings of an external investigation into the much-publicised incident. The school's board of trustees released parts of the findings in a statement on Wednesday after a meeting the day before.

As such, Habib will be allowed to return to his position as SOAS director, effective from Monday May 10.

The external investigation found that Habib had erred by vocalising the N-word in full, even though he was trying to say that using the word offensively was unacceptable. However, this “did not in itself make him a racist”.

The incident arose when the former Wits University vice-chancellor used the “N-word” in full during an online meeting with students. Habib did so in response to concerns that lecturers had used the slur and that complaints from black students had been ignored.

SOAS board chair Marie Staunton said in a statement: “I want to be clear especially on the use of the N-word. The report notes that the director [Habib] spoke the word in full while trying to say that it should not be used within the SOAS community, and that he has since acknowledged that speaking the word in full was a mistake, for which he has apologised.

“The report was nonetheless critical of his response to students at the meeting and in his subsequent tweets. The report found that Prof Habib’s mistake of vocalising of the word in full, while trying to say that using the word offensively is unacceptable, did not in itself make him a racist.”

In the same statement, Habib was quoted as saying he accepted the investigation's judgments “unreservedly”.

“I completely support their recommendations and the board’s decisions on how this will be taken forward. I commit to implementing them under their guidance,” he said.

He added: “I want to again apologise to all the SOAS community for my conduct, for the offence and hurt, and for the disruption, this has caused. I reiterate my commitment to act against all forms of racism, and to work with the SOAS community in identifying and fashioning specific interventions to address the exclusionary experiences of black people and other communities within the institution.”

Habib promised to do all he could to re-earn trust and respect.

“There is a lot to do to rebuild from this. There is action to be taken to address racism and anti-Blackness. I believe we can and should do this together. I understand why some in our community will take a long time to trust me,” he said.

The SOAS board of trustees said it met on Tuesday, and it has fully accepted the investigation's recommendations.

Staunton said the actions being taken subsequent to the incident included putting in place a restorative justice approach for the March 11 meeting and events that arose from it, and developing a clear policy for the SOAS community on the use of the word and other terms.

The institution said they understood that those who had called for Habib to step down may not be happy with the recommendations of the investigation and the outcomes.

“We ask that they read the independent report recommendations and ask if they can bring themselves to work with SOAS to implement action so that together we can achieve the important work that is at the heart of SOAS,” Staunton said.

Thuli Madonsela remains firm on her stance calling for Adam Habib’s reinstatement as director at the University of London School of Oriental and ...
News
1 year ago

‘Adam Habib is no racist. He should be reinstated without delay’

The self-righteous cannot be allowed to act as thought police or diversity, culture and knowledge will be stifled: experts
Opinion & Analysis
1 year ago

Habib N-word saga: Shivambu says he should fall on his sword, Zille insists it's 'cancel culture'

EFF deputy leader Floyd Shivambu and DA federal council chair Helen Zille have weighed in on a no-confidence motion passed against Adam Habib by a ...
Politics
1 year ago