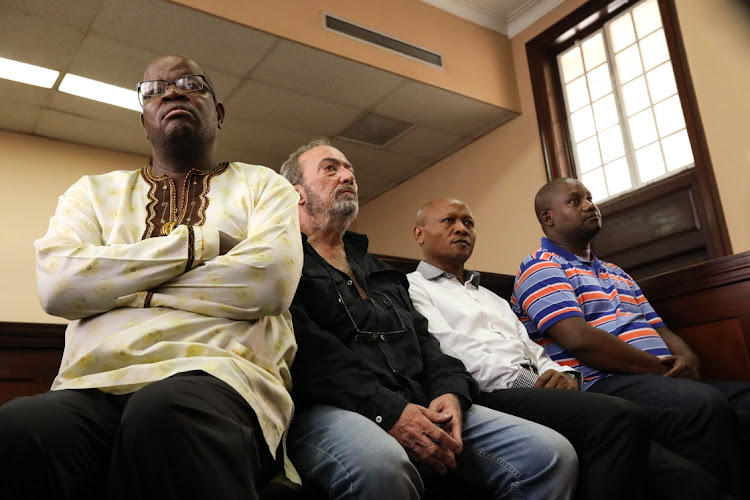 The case, related to alleged corruption at Eskom’s Kusile power station, was postponed to allow Hlakudi to consult with his new attorney after his previous attorney withdrew.

The charges relate to their roles in the alleged defrauding of Eskom at the Mpumalanga power station between 2014 and 2017.

The National Prosecuting Authority (NPA) Investigating Directorate (ID) said it was in the process of extraditing the fifth accused, Michael Lomas, a former Tubular Holdings executive adviser who is living in the UK.

His extradition trial will be heard in London in December.

The ID sought the extradition of Lomas in connection with the fraud and corruption case in which Eskom paid R745m to Tubular Construction Projects.

Masango and Hlakudi are accused of receiving undue gratification of R30m each from the contractors, Trindade and Lomas.

Kgomoeswana and his company, Babinatlou Business Services CC, are accused of facilitating the alleged bribes on behalf of the Eskom Kusile contractors to the state-owned power utility’s senior bosses.

E-mails and investigative reports contained in a trove of documents detailing corruption in the Kusile power station construction project show that ...
News
2 months ago

'A slice of paradise': Inside the estate where former Eskom boss eyed R4.3m property

Just what sort of lifestyle was Abram Masango in the market for? The exclusive estate, about 20km from the Pretoria CBD, boasts spacious one-hectare ...
News
2 months ago

The high court has granted the NPA's Investigating Directorate an order to freeze R1.4bn in assets belonging to former Eskom executives and former ...
News
2 months ago