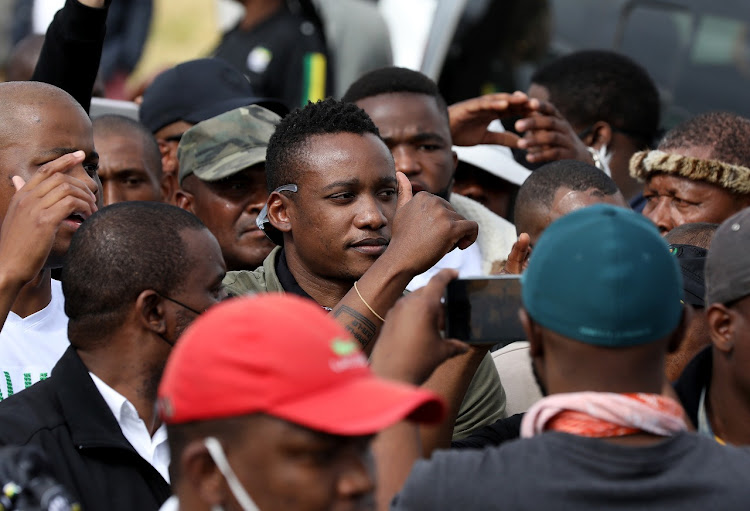 Former president Jacob Zuma's son Duduzane has denied instigating unrest in KwaZulu-Natal and Gauteng, saying what he said in a viral video last week was taken out of context.

The controversial businessman came under fire for telling protesters and looters to do so “carefully and responsibly”. The 12-minute-long video was shared on Instagram.

Speaking to Newzroom Afrika on Monday, Duduzane said those condemning his view should listen to the rest of the video clip. He said the video was recorded about four days into the demonstrations and sought to clarify that he had not instigated the unrest.

The incarceration of the former president triggered violent protests and demands for his release by supporters in KZN. The unrest later spread to Gauteng.

“It is definitely not encouraging looting,” said Duduzane.

“I think people are trying to focus on a certain voice clip and are blowing it out of proportion. There are comments that I made leading up to that point and I think there is some sort of misunderstanding or confusion.

“If you play the entire clip, you will understand what it is I was trying to say.”

In the controversial video, Duduzane claimed poverty, inequality and unemployment are to blame for the unrest, saying people were bound to protest against these issues. He repeated calls for the release of his father before making the controversial comments.

“For the people that are protesting and looting, please do so carefully and please do so responsibly because you cannot hold people responsible for defending what they love,” he said.

Among Duduzane's critics was puppet Chester Missing, who questioned the logic behind his advice. Missing asked whether he gave the same advice to former SA Revenue Service (Sars) boss Tom Moyane, who was fired by President Cyril Ramaphosa amid allegations of corruption.

Duduzane said jailing his father was a problem because the former president “carries the hopes, aspirations and dreams of millions of people”.
News
1 year ago

Bravo, SA heroes, but be watchful because it’s not over until the instigators who feel zero for the poor are booked
Opinion & Analysis
1 year ago

The high court in Pietermaritzburg on Tuesday adjourned former president Jacob Zuma's fraud and corruption trial until August 10, when the court will ...
Politics
1 year ago