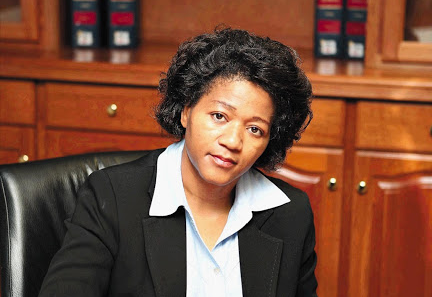 A former ombud in the financial services industry with more than 18 years’ experience in the post was interviewed for one of the vacant positions in the Gauteng division of the high court.

Noluntu Bam, who boasts a diverse career in commercial law, impressed the judicial service commissioners with her string of qualifications which range from an LLB to an MBA and a scarce qualification of a master’s degree in tax law.

She came back into practice in 2018 but only as a consultant where she shared legal opinion in a firm.

She has held an acting judge position since 2019.

Asked why she left mainstream practice after just three years, Bam said it wasn’t by choice.

She said when the law firm in which she was employed shut down, she had to pursue interests which would ensure she was financially stable to support those about her, having had during that time lost her last surviving parent.

According to review judges, Umlazi magistrate Kholeka Bodlani has been handing down inappropriate sentences in rape cases since 2013, but she’s still ...
Opinion & Analysis
2 years ago

Judge president Dunstan Mlambo highlighted how what Bam lacked in court appearance experience she made up for in her qualifications and other experience.

“At first brush, one would think you have lost touch with practice but your answers show you haven’t,” Mlambo said.

In her student years, Bam was a student of the incumbent Supreme Court of Appeal justice Mandisa Maya.

Maya said she was impressed by Bam’s qualifications and quizzed her on her achievements.

Bam said they came with hard work and dedication, adding that she had looked up to the likes of Maya.

She was the first candidate interviewed among those vying for one of 10 seats in the Gauteng high court bench. Other seasoned acting judges include advocate Cassim Moosa, who has been interviewed for the position several times.

Moosa has spent more than 168 weeks as an acting judge.

He said he had somewhat given up his own practice as he had given himself to fully serving the judiciary.

In principle, lawyer agrees that in appropriate circumstances, a very ill person can take the position to end his or her life - but there's a proviso
News
1 year ago

Advocate Allyson Crutchfield SC is also being interviewed for the position, having being unsuccessful in previous attempts. Her interview came after Bam’s.

Crutchfield faced tough questions from acting chief justice Raymond Zondo about why it took her 23 years to apply for silk. She said at the time she was discouraged as there were very few women who were silk  when she started her practice.

Zondo said she should have put in her application if she believed she was deserved it.

Crutchfield said she was comfortable with her practice at that point. Quizzed further by another commissioner on this point, Crutchfield conceded she was discouraged.

“You do lose confidence. You feel overlooked and undermined,” she said, alluding to the fact that she had applied for silk status before and was rejected.

“You end up delaying applying and you are told you are not ready. There were structural impediments at that stage. They still exist but not to a great extent,” she said, adding that the type of cases she was given then did not allow the bar to consider her for silk.

She told the panellists she has tried to ensure she opens doors for other women.

After the high court set aside its April interviews, the JSC on Monday put forward the same names as it did the last time around.
Politics
7 months ago

Once these appointments have been made, the president must still fill a further two vacancies and appoint a chief justice before the Constitutional ...
News
7 months ago

The presidency has confirmed that 25 people were recommended for the position of chief justice, but 'only eight nominations met the criteria'.
Politics
7 months ago