IN PICS | Mayfair residents shocked after kidnapping of schoolgirl 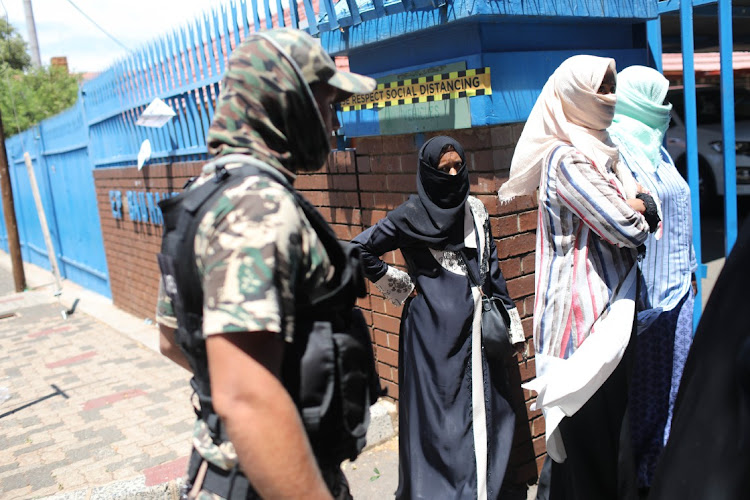 Parents listen to instructions from the school while private security personnel watch after a grade 5 pupil was kidnapped in Mayfair on Wednesday morning.
Image: Alaister Russell

Residents were left in shock after a pupil from the EP Bauman Primary School in Mayfair, Johannesburg, was kidnapped on Wednesday.

Councillor Rickey Nair was on the scene within a few minutes following the incident after being informed by a neighbourhood watch member who was dropping his child at the school just before 8am.

“Two men pulled up in a Toyota Yaris, both armed with AK47s. The children were lining up outside the gate and they called the girl. They knew their target,” he said. 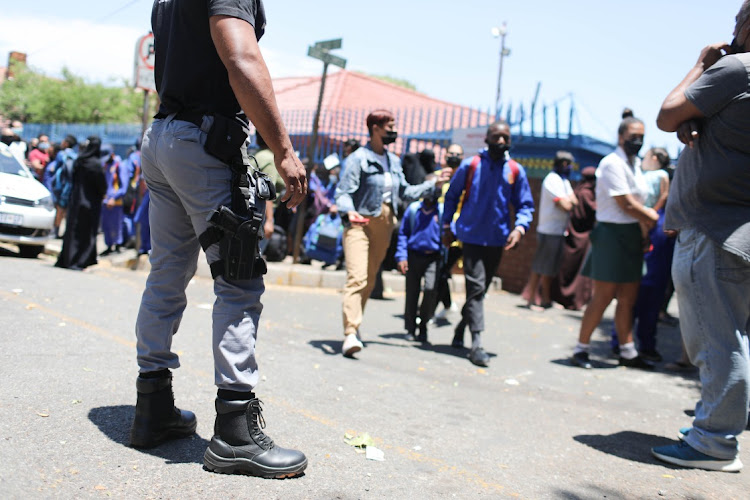 EP Baumann School, in Mayfair, Johannesburg, was a mess after the kidnapping of a grade 5 pupil.
Image: Alaister Russell 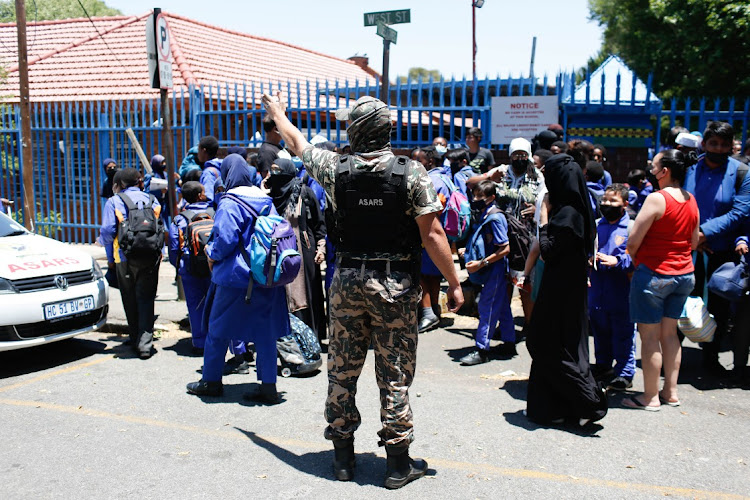 Members of private security direct pupils and traffic after the school was closed for the day.
Image: Alaister Russell 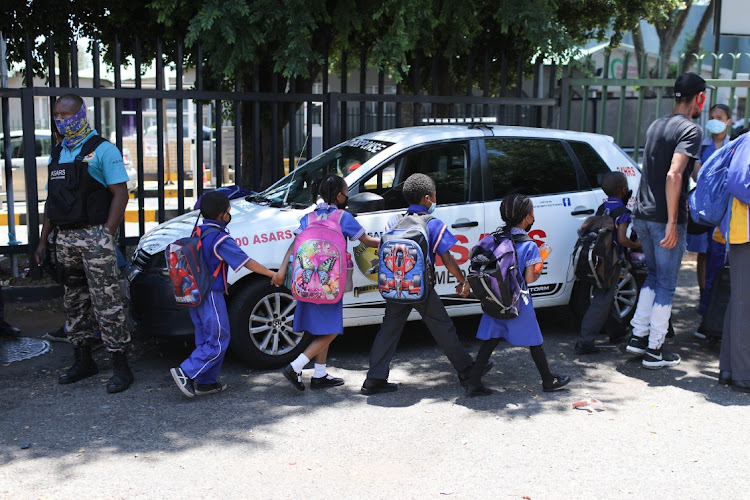 A group of schoolchildren hold hands as they walk outside of the school, at EP Baumann School, in Mayfair, Johannesburg, where a grade 5 pupil was kidnapped early this morning.
Image: Alaister Russell 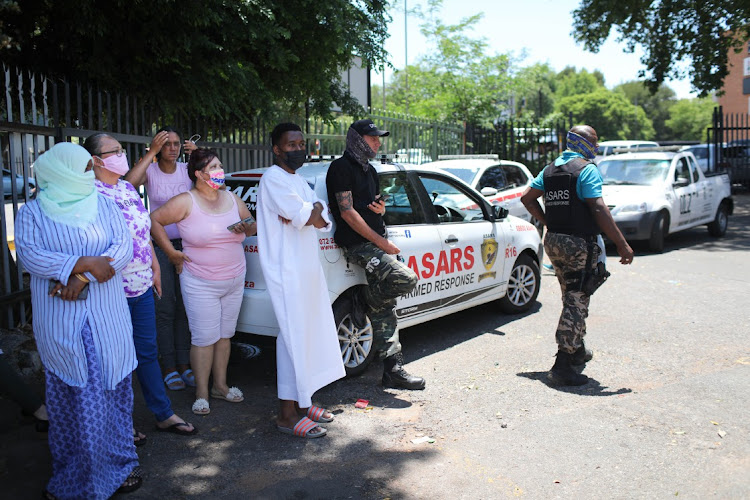 A member of a private security company directs traffic outside the school.
Image: Alaister Russell 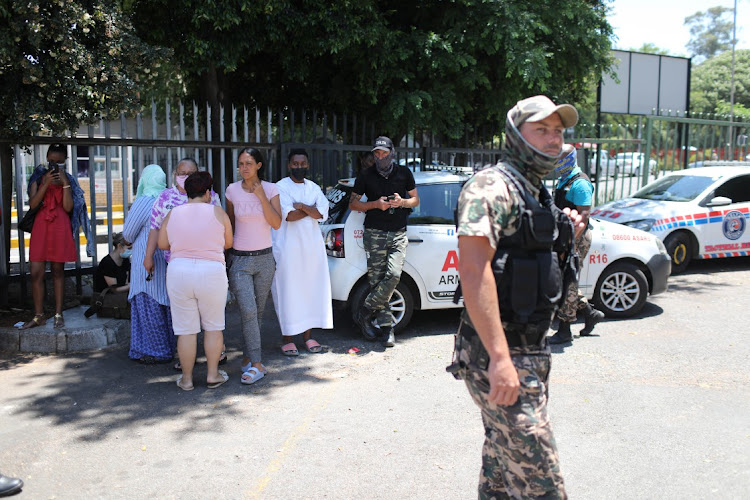 Parents were left shocked after a pupil was kidnapped outside a school in Johannesburg on Wednesday.
Image: Alaister Russell 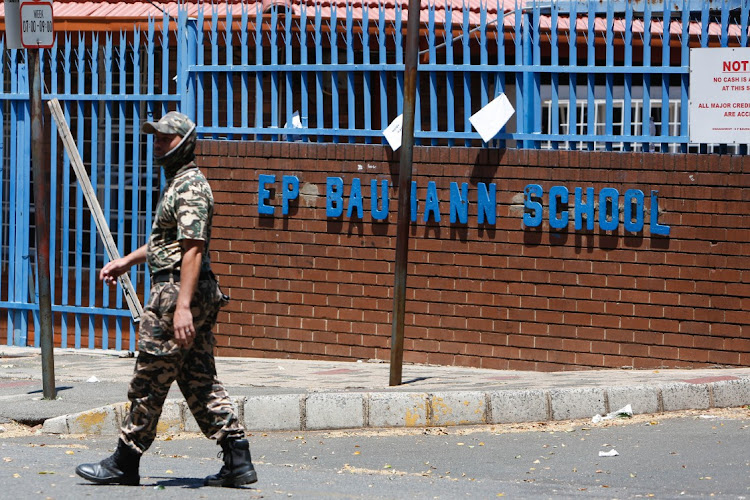 “The vehicle’s registration plates came back as fake.”

Nair said the girl’s mother panicked and went home. She received a phone call as soon as she arrived home telling her not to call the police or the media.

Gauteng education MEC Panyaza Lesufi has appealed to witnesses to contact the police.
News
6 months ago

Alleged serial killer Themba Prince Willards Dube, who is accused of kidnapping seven women in Polokwane after promising them jobs, abandoned his ...
News
6 months ago

'On behalf of the Moti family, we would like to extend our sincerest thanks to all those who have shared their happiness and well-wishes regarding ...
News
6 months ago