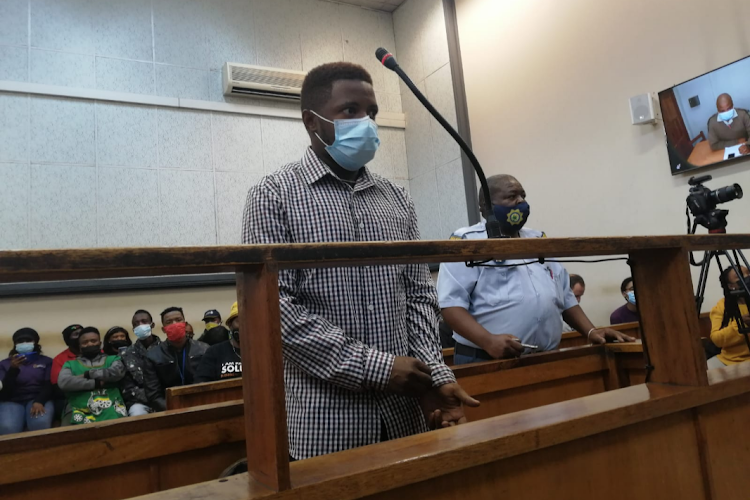 The case against murder accused Flavio Hlabangwane — whose fridge in Soweto allegedly contained human body parts — was postponed due to an apparent suicide attempt on Monday.

Hlabangwane's attorney told the Protea magistrate's court he had attempted suicide on Monday morning and asked for him to be placed under observation at Johannesburg Prison. Up to now he has been in custody at Moroka police station.

Magistrate David Mhango ordered that the 26-year-old be placed in the hospital section at Johannesburg prison.

The attorney said an application would be made for him to undergo a mental assessment.

Members of #FlavioHlabangwane's family try to speak to him in court but police stop them. The #bodypartsinfridge case has been postponed to November 30. The court heard that he abandoned bail and has tried to commit suicide twice. Via @SC_White_ for @TimesLIVE pic.twitter.com/dEquYN6h5H

Hlabangwane avoided making eye contact in the packed court and looked down throughout proceedings.

Angry Soweto residents said they want him to be released on bail so they can “deal with him”.

Mandla Dube, who attended court as a concerned resident, said he would like to see Hlabangwane plead guilty and not waste the court's time.

Hlabangwane was arrested after his partner allegedly discovered human body parts in his fridge at his home in Protea Glen after he went shopping.

After the gruesome discovery, Hlabangwane stabbed himself in an alleged suicide attempt and was admitted to hospital.

Gauteng police on Thursday said they were still trying to determine whether the body parts found in a fridge in Soweto at the weekend were linked to ...
News
8 months ago

The location of the gruesome find is a 23-minute drive from the Soweto home where body parts were discovered in a man's fridge by a female friend at ...
News
9 months ago

My son is a bookish A-student, says mom of murder suspect

His new girlfriend opened the fridge to discover a pair of arms and legs.
News
9 months ago