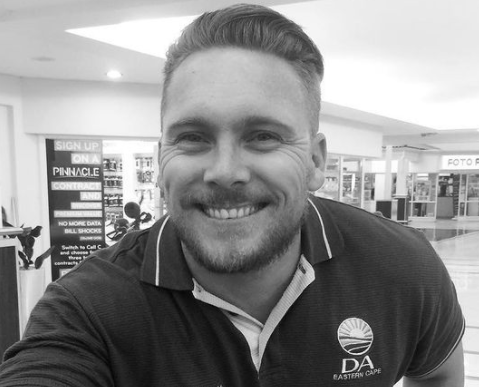 DA councillor Renaldo Gouws has been slammed on social media for his views on gender-based violence (GBV).

Gouws this week took to social media platform TikTok, suggesting that in a country where GBV incidents are high, “99% of men” who have never committed GBV against women and children should be “praised” and “thanked”,  instead of being blamed for doing nothing.

“This past weekend there was a trend aimed at SA men and that trend on social media was #MenAreTrash. You would think that when you’re fighting against GBV you wouldn’t generalise. One would think that you would want allies and supporters to come up and defend and stand up for your movement,” said Gouws.

“But when you stereotype, belittle and insult 99% of the population that has never touched a woman in that way, that has never been aggressive towards a woman or children, you would think that maybe praising them and thanking them for doing what they’re doing would be suitable. But nah, apparently blaming 99% of the men that do nothing and putting them in the same boat as the cowards that do those things is considered normal.”

The video drew mixed reactions on social media, with many criticising Gouws for his comments.

They said that not touching a woman without her consent was not something that was praiseworthy.

Praise and thank men for literally not even doing the bare minimum? Not touching a woman without her consent is not something that’s praiseworthy, it’s the barest of the bare minimum. Stop making it seem like it’s an incredible feat to not r*ape women. Voetsek wena @RenaldoGouws https://t.co/mRD1ZAwrTd

Between Jub Jub and Renaldo Gouws we have reached a new low in SA. #GBV

During these #16DaysofActivism2021 please let’s rather focus on men who need to be praised for not raping and abusing us 🤦‍♀️ I mean how dare we devote 16 Days to women and children who fear abuse, rape and murder. @RonaldoGouws is outraged enough to take his plight to #TikTok https://t.co/3a8zyvisgI

Responding to the outrage, Gouws said the point to his video was 99% of men who speak out and fight against GBV still get called trash.

“My message was clearly that 99% of the men who do not commit GBV and who fight against it are still called trash,” said Gouws

“If you truly believe that I expect women to thank men for not raping or assaulting them then you have been indoctrinated by people who despise and hate me,” he added.

I know I have been guilty of providing the woke left with a platform but that all ends today. They thrive on attention. Outrage culture and Cancel Culture is what they exist for, they don’t care about issues, they care about what trends and what can get them followers.

'Does she feel like a race traitor to you? Heal' – Phumzile Van Damme defends EFF candidate Jesse Griesel

Former MP Phumzile Van Damme has come out in defence of UCT student and EFF SRC candidate Jess Griesel after a DA councillor questioned her decision ...
Politics
8 months ago

'Voetsek!': Malema responds to call by AfriForum's Ernst Roets for Twitter to suspend him

EFF leader Julius Malema has reacted to a suggestion from AfriForum’s Ernst Roets that he should be suspended on Twitter like US president Donald ...
Politics
1 year ago