Cold cases that left families with more questions in 2021 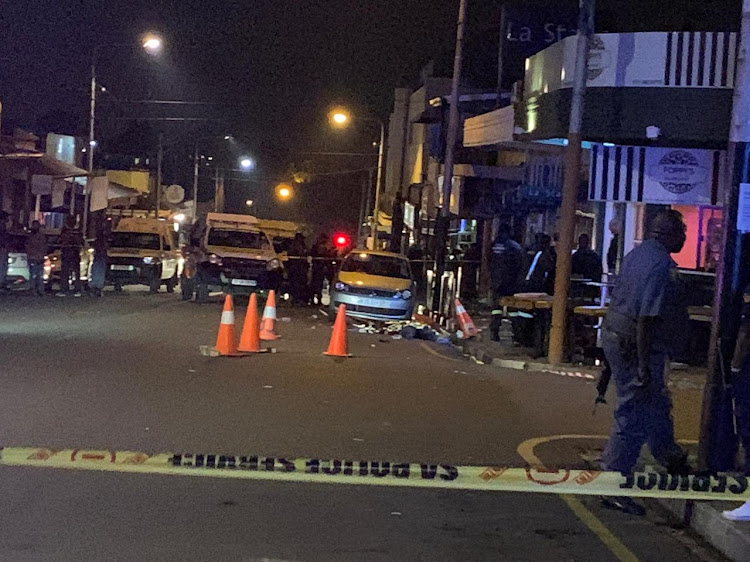 Two women were killed and six other people injured in the Melville shooting.
Image: Iavan Pijoos

It is two years since the fatal Melville drive-by shooting in the early hours of New Year’s Day.

The incident claimed the lives of two mothers of young children while six other patrons were wounded and hospitalised when a venue was sprayed with bullets.

While visiting the survivors at Helen Joseph Hospital a few days after the shooting, Panyaza Lesufi, who was acting Gauteng premier at the time, assured the country that a breakthrough in the case was imminent and police were convinced they would crack the case.

But police later downplayed the allegations that the suspects were linked to the shooting, saying detectives were investigating the nine for kidnapping and illegal possession of firearms and ammunition.

In the early hours of that same New Year’s Day, 11 people were shot and wounded at Mary Fitzgerald Square near the Johannesburg CBD. The shooting happened at 3am, two hours after the Melville shooting.

Yolandi Botes, 35, went missing on April 26 after calling an e-hailing service at OR Tambo International Airport. She had travelled from George to Johannesburg.

Police later confirmed that Botes’ body parts were found in the Vaal river near Villiers.

A day before her body was found, about 125km away, a receptionist at a Kempton Park guest house near OR Tambo airport made another gruesome discovery.

When she opened on the morning of May 3, she walked into an empty blood-smeared room. Here investigators would later find a knife under a mattress and a chair, bizarrely wrapped in a blanket, in the shower cubicle.

Private investigator Mike Bolhuis of Specialised Security Services (SSS) was hired by the Botes family to piece together what happened in the week she went missing and whether there was a link between her murder and the blood-soaked guest house room.

Investigations have since revealed that the blood at the guest house was not that of Botes.

The family offered a R50,000 reward for information that could lead to the arrest and prosecution of the suspects responsible for her murder, but little has come of this.

Free State police spokesperson Brig Motantsi Makhele said there were no new leads and no developments in the matter.

In recent months, experts warned of a sharp increase in kidnappings because a lot less is needed to orchestrate a kidnapping than some other crimes — as long as you have a telephone and do your homework you can snatch a victim and name your price. This year saw child abductions making the headlines.

The kidnapping of the four Moti brothers, aged seven, 11, 13 and 15, made headlines after they were abducted in October by seven gunmen.

The boys — Zidan, Zayyad, Alaan and Zia — were being driven from their home in Nirvana in Polokwane to the nearby Curro Heuwelkruin School on October 20.

They were finally reunited with their parents three weeks later after police in Vuwani received a call from a local resident alerting officers that the children arrived at their house.

But barely a week later, an 11-year-old pupil from EP Bauman Primary School in Mayfair, Johannesburg was kidnapped. The girl is still missing.

Provincial police spokesperson Lt-Col Mavela Masondo said there were no new developments and due to the sensitivity of the matter no further details were available.

As in the Mayfair kidnapping, little progress has been made to crack the case of Amahle Thabethe who was last seen on April 4 2019.

Police said that at the time of her disappearance, Amahle (then nine years old) was playing in the street with other children when they were allegedly approached by a man asking for directions. She was last seen walking away with the man.

Capt Kay Makhubele said police are still investigating a case of kidnapping. No arrests have been made and the whereabouts of Thabethe are unknown.

It’s been exactly seven months since a fatal shooting in Melville, Johannesburg - and the victims are struggling to move on.
News
1 year ago

The EP Baumann Primary School pupil who was abducted in Mayfair, Johannesburg, on Wednesday is still missing, the Gauteng department of education ...
News
5 months ago