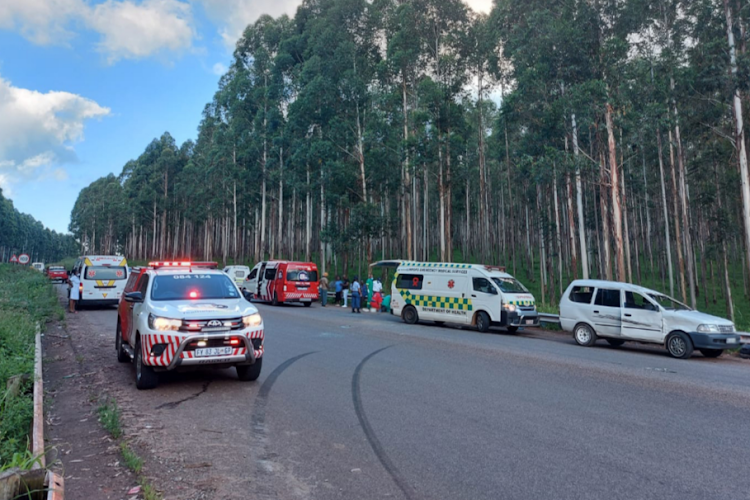 Seven people were injured when their vehicle collided with an unidentified vehicle north of Tzaneen on Monday afternoon.
Image: ER24

Seven people travelling in a Toyota Condor were injured in a collision with another vehicle north of Tzaneen, Limpopo, on Monday afternoon.

The collision occurred at an intersection on a back road between the R36 and R71.

“ER24 paramedics were on the scene at 5.12pm, along with the Mopani district fire department and the Limpopo provincial emergency medical services.

“One woman was found on one side of the road, having been ejected from the vehicle. She had suffered moderate injuries,” ER24 said in a statement.

It said the rest of the people from the vehicle, five women and one man, were found seated next to the vehicle on the other side of the road.

One of those patients had suffered moderate injuries and the rest only suffered minor injuries.

All the people were transported to nearby hospitals for further care.

Busy conditions continued on SA's roads on Monday as holidaymakers made their way home.
News
4 months ago

An on-duty paramedic is among eight people who died on Limpopo roads on New Year's Day.
News
4 months ago

Twenty-six people were injured when a bus crashed on the N3 Durban-bound after the Mariannhill toll plaza in Pinetown.
News
4 months ago