POLL | Would you hire a private investigator to solve a case or do you trust police? 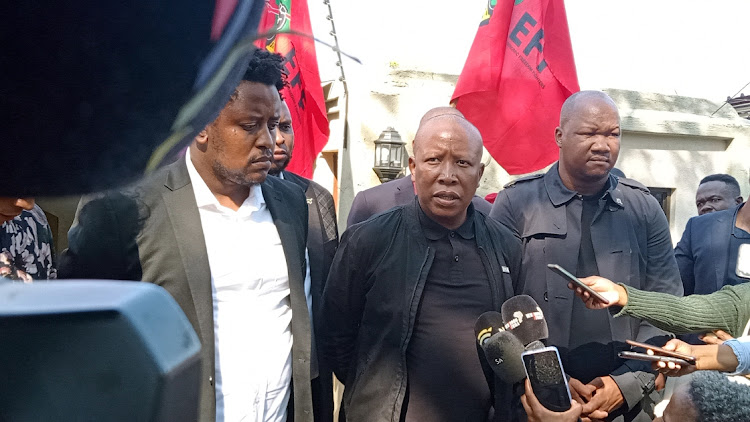 The revelation by EFF leader Julius Malema that the party had deployed its own investigators to look into the death of Hillary Gardee, the daughter of former EFF secretary-general Godrich Gardee, has sparked mixed responses.

Some said they would do the same because they didn't trust the police while others felt police were capable of investigating crime and bringing perpetrators to book.

Malema visited the Gardee family on Wednesday. He told journalists the party was conducting its own investigation into events that led to Hillary's death. He sent a strong message to perpetrators, saying they “touched the wrong one this time”, and that they had provoked “the ugly side of the EFF”.

“We want to teach them a lesson they will never forget for the rest of their lives because they took the wrong one this time around. Anyone who touches our children touches us. They don’t want to see the ugly side of the EFF. They invited the ugly side and we will show them,” said Malema.

Would you hire a private investigator to solve a case or do you trust police?

Hillary was found dead outside Mbombela on Tuesday, four days after she was last seen alive on April 29 with her adopted three-year-old daughter. The child was found unharmed.

Police in the province responded to criticism from her family that they had failed to pick up that she was shot.

EFF and family spokesperson Sinawo Tambo said the family only became aware of Hillary's shooting through a post mortem. He said the EFF and Gardee family were sceptical about whether police were capable of properly investigating Hillary's death.

Col Donald Mdhluli dismissed these claims, saying police conveyed this information to her family and that they were allowed to share it with friends and other family.

Mdhluli added that police were on top of the investigation and would not share their findings with the public, but with the family.

LISTEN | “I must not be the first one to catch them,” says Malema

Postgraduate student Hillary Gardee, 28, the daughter of former EFF secretary-general and attorney Godrich Gardee who disappeared four days ago, has ...
News
2 months ago

Julius Malema visited the Gardee family home after the discovery of Hillary Gardee's body earlier this week.
News
1 month ago

Hillary Gardee will be given a dignified funeral on Saturday, says family spokesperson

Details of Hillary Gardee's funeral were shared on Thursday by EFF and family spokesperson Sinawo Tambo.
News
1 month ago