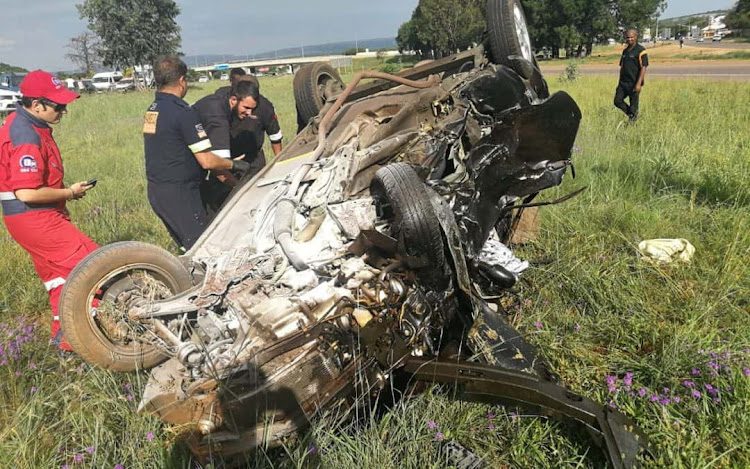 The prosecution of Malele was instituted in April last year, after the involvement of AfriForum's private prosecution unit. Malele pleaded guilty in the Pretoria regional court on Monday.

On December 23 2017, Malele crashed his car into the vehicle in which Ruan Coen, 26, and Jessika Kennedy, 25, were driving. The couple had got engaged just three weeks earlier.

Coen and Kennedy were returning to Pretoria from White River along the N4. Malele was driving in the opposite direction, lost control of his vehicle and crashed into the couple’s car.

Both were killed outright.  Malele sustained only minor injuries.

AfriForum said in an emotional meeting before proceedings started, Malele apologised to Kors for killing the couple and causing pain and anguish to their loved ones.

But Kors said justice must still run its course.

“Though we now know that the accused pleaded guilty this morning, we are of the view that he had no other option, that there was a very strong case against him,” Nel said.

Kors said even though the family had forgiven what has happened, she firmly believed justice has to be served and that one had to answer for the choices one had made in life.

“The impact of losing two young people has had a ripple effect on many lives,” Kors said.

The matter was postponed until July 7 for a probation officer report and victim impact study to be presented to court.

The Mozambican truck driver who caused the 2017 horror fatal crash that claimed the lives of 18 people outside Machadodorp in Mpumalanga has been ...
News
1 month ago

A 27-year-old Gauteng police officer was arrested for culpable homicide and drunk driving after he allegedly knocked down a man in Vanderbijlpark on ...
News
4 months ago

A law firm, HJW attorneys, has stepped in to assist the national prosecuting authority "to ensure that all relevant witnesses, statements, blood ...
News
4 months ago

A suspected drug dealer died on Thursday after a head-on collision while fleeing from police in Durban.
News
8 months ago