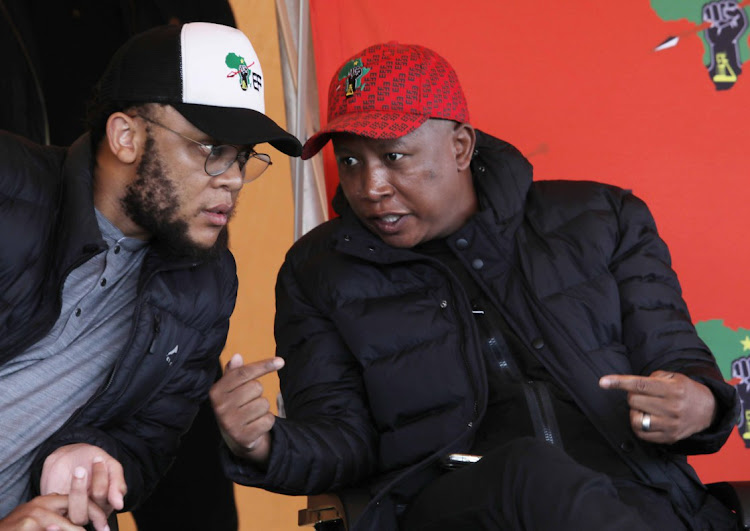 The EFF has condemned the hijacking and robbery of MP Vuyani Pambo on Monday evening.

The party said Pambo's car was parked outside his mother's house when three armed men approached him and demanded money before driving off in his car.

“The armed men drove around with the vehicle and fled with his personal belongings which include his passport, identity documents, organisational materials and other valuables.”

The manner in which the robbery was carried out “shows that it was premeditated”.

The EFF said Pambo was with the mother of his child and his child when the incident happened. No-one was harmed.

“This incident proves that no-one is immune to criminal activity and the continued incompetence of this government has given criminals boldness to strike with full knowledge that there will be no consequences.

“The levels of criminality, especially of organised crime, have reached intolerable levels, particularly abductions, hijackings and assassinations,” said the EFF.

“SAPS has thousands of hard-working and dedicated officers who  put their lives at risk daily in the execution of their duties. Unfortunately, there are police officers that are failing communities. The failure often starts at police stations.”

LISTEN | ‘We are led by fools. No-one will liberate SA better than the EFF’: Malema

JULIUS MALEMA | EFF is the true custodian of the Freedom Charter

The Freedom Charter was a thorn in the side of the apartheid regime, and fundamentally undermined the racist attempt to dehumanise African people.
Ideas
1 month ago

'Under the EFF there will never be a shack,' says Malema

EFF leader Julius Malema said the party's interpretation of the Freedom Charter was radical and that the EFF was the only party driven by seeing the ...
Politics
1 month ago