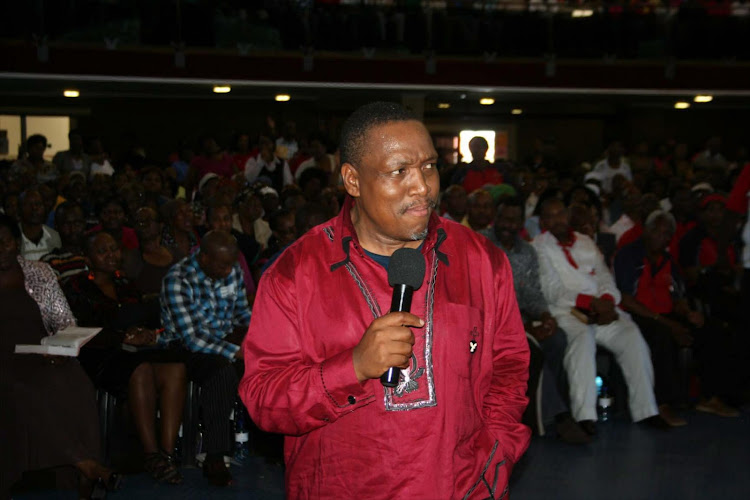 A complainant in the Bishop Zondo rape trial told the court she only opened up about her sexual assault in 2020.

She testified she got the courage to speak up and opened a case after her husband heard women talking on radio about their experiences with the church and the bishop.

Bishop Stephen Zondo, who heads the Rivers of Living Waters Ministries, is accused of raping seven women and trying to bribe one to drop a case. He faces a total of 10 charges, including rape, indecent assault and defeating the ends of justice.

The woman was the third complainant to testify since the trial resumed in July. National Prosecuting Authority (NPA) spokesperson Lumka Mahanjana said she did not testify in the same courtroom as the accused.

“She was testifying through our intermediary services because she said she did not feel comfortable to be in close proximity of the accused,” Mahanjana said.

The same year she was sexually assaulted twice by Zondo, she alleged.

After the incident she never told anyone as she thought no-one would believe her.

The woman also told the court that when she finally went to open a case while making a statement at the police station, she was told to go to Vereeniging for examination by a police official or investigator.

When she returned the officer who had been taking her statement was not there. She was then told to sign what was already in the statement.

The woman told the court she was not satisfied with the statement as it was.

The trial is expected to resume on Tuesday morning in the Pretoria high court.

The defence attorney in the rape trial of bishop Stephen Bafana Zondo on Tuesday suggested to the woman who accused him of raping her at a hotel that ...
News
2 weeks ago

The complainant on Monday told the Pretoria high court she was raped, threatened and offered R75,000 for her silence by bishop Stephen Bafana Zondo ...
News
2 weeks ago

A state witness in the rape trial of Bishop Stephen Bafana Zondo is on Monday expected to testify in camera.
News
3 weeks ago