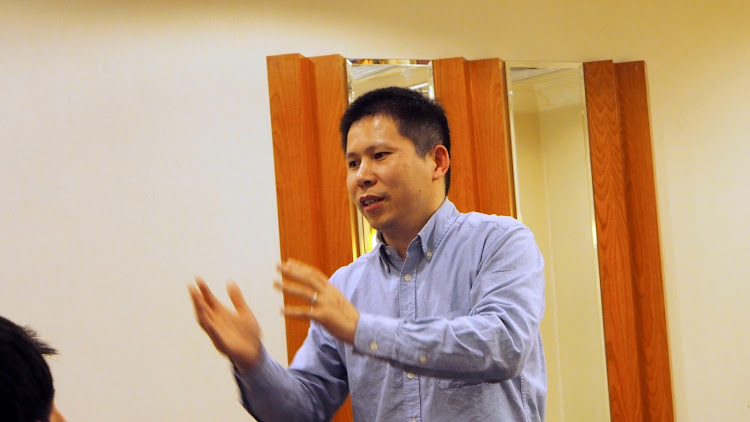 Chinese authorities have arrested a prominent rights activist and legal scholar who had called on President Xi Jinping to step down over his handling of crises including the coronavirus outbreak, two fellow activists said on Monday.

Xu Zhiyong had been on the run since December after attending a gathering in the southern city of Xiamen which focused on discussion of human rights in China, according to Hua Ze, an activist and friend of Xu's. Four others who had attended the gathering in December were arrested previously, Hua told Reuters.

Xu was arrested on Saturday night by the Beijing police with assistance by police in Guangzhou, Hua said.

The Beijing and Guangzhou city police did not respond immediately to faxed requests for comment.

Xu's girlfriend, who was in Beijing, has not been reachable since Saturday, according to U.S.-based Human Rights Watch China researcher Yaqiu Wang.

Xu, a long-time activist for judicial and legal reform, in 2012 founded the New Citizens Movement, which called on government officials to disclose their wealth. He was sentenced in 2014 to four years in prison for his work with the group.

In recent weeks, Xu had written many articles criticising Beijing's handling of the coronavirus outbreak, which has infected more than 70,000 people in China and killed 1,770.

In a Feb 4 article published on a website that is blocked in China and belongs to the New Citizens Movement, Xu called on Chinese President Xi Jinping to resign, citing his handling of crises, from Hong Kong's anti-government protests to the epidemic that originated in the central city of Wuhan.

"Medical supplies are tight, and the hospitals are overcrowded with people, and a large number of those infected are unable to have their cases verified," Xu wrote. "You say you personally directed the deployment, it is a mess."

Xu also criticized restrictions on Chinese media reporting of the epidemic centred in Wuhan and the strict lockdown measures implemented to contain it.

Facebook Inc blamed a technical error for Chinese leader Xi Jinping’s name appearing as “Mr Shithole” in posts on its platform when translated into ...
News
1 year ago

Hong Kong leader Carrie Lam on Tuesday signalled the end of a controversial extradition bill that she promoted and then postponed after some of the ...
News
1 year ago
Next Article