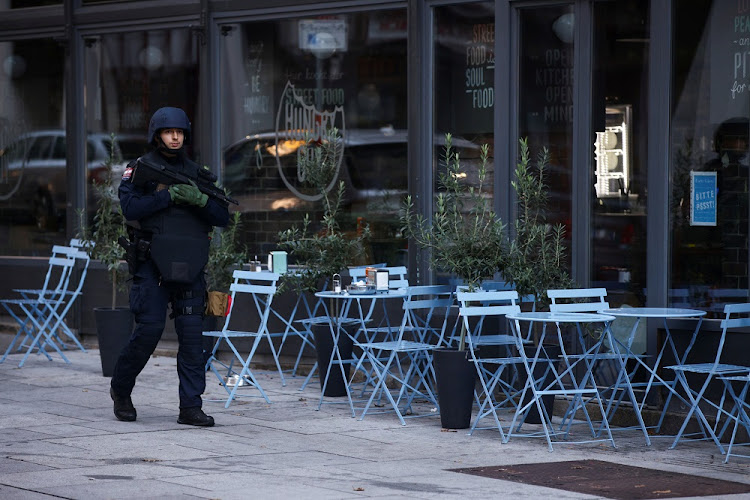 A police officer walks as he holds a weapon after exchanges of gunfire in Vienna, Austria November 3, 2020.
Image: REUTERS/Lisi Niesner

Seven victims of the attack in Vienna are in a critical, life-threatening condition, Austrian news agency APA reported on Tuesday, citing a Health Association spokeswoman.

A total of 17 victims of the attack are being treated at several hospitals, mainly for gunshot wounds and cuts, the spokeswoman said. The 10 patients with minor injuries are in shock, she added.

Fourth person who died in Vienna attacks is a woman, ORF TV reports

The fourth person who died in Monday's attacks in Vienna is a woman, ORF TV reported, bringing the death toll to two male and two female civilians in addition to the attacker who was shot dead.

Two men and a woman died in the attack on central Vienna on Monday night that the Austrian interior minister blamed on an Islamic State sympathiser, ...
News
1 year ago

Attacks across central Vienna, in which gunmen killed three people and injured several others, were carried out by at least one "Islamist terrorist," ...
News
1 year ago