'Amnesia' and amagwinya: here's why Yakhe Kwinana is the butt of social media jokes 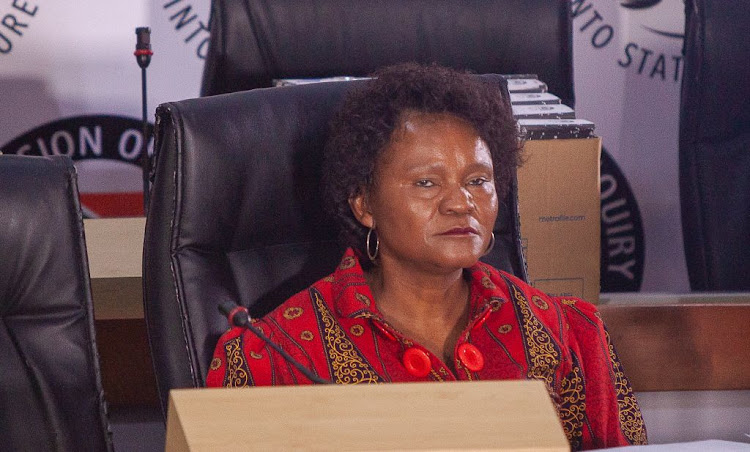 “Today is day two of fat cake testimony at the state capture commission of inquiry.”

This is what one Twitter user had to say about the return of former SAA board member Yakhe Kwinana to the state capture inquiry on Tuesday.

On Monday, Kwinana was quizzed about allegations of tender irregularities at SAA and her relationship with the controversial businessman Vuyo Ndzeku. A lot was said about her attitude and unwillingness to respond to questions put to her by evidence leader advocate Kate Hofmeyr.

Former SAA board member, audit committee chair and ex-SAA Technical board chair Yakhe Kwinana appeared at the state capture inquiry on November 2 2020. Kwinana was grilled about her involvement in tender irregularities that took place at the state airline during her tenures in the three positions.

However, it was her fat cakes analogy in response to the question about the cancellation of a catering tender initially awarded to LSG Sky Chefs and later cancelled in favour of SAA’s Air Chefs that had many in stitches.

Kwinana told the inquiry that giving business to LSG Sky Chefs at the expense of SAA Air Chefs was not an option. SAA Air Chefs is a subsidiary of SAA.

“I would not go next door to buy fat cakes and leave my child’s fat cakes here. Even if I had a challenge with them, I would say reduce the baking powder, add this and that so it could be to the customer’s satisfaction,” she said.

Some commended the inquiry for exposing the corruption and incompetence of some individuals in charge of state-owned companies, while others made fun of Kwinana's attempts to dodge questions from Hofmeyer.

Here's a glimpse into the reactions to her testimony:

We found out how to make amagwinya at the state capture commission 😂😂😂 https://t.co/JBJvYqJcp4

Bathong. The fat cakes mom at the Zondo Commission is a CA(SA). 🗿

Today we found out a new definition of flabbergasted and how to make amagwinya from the State Capture Commission.@LesDaChef's Dijo is shook.

Zondo Commission into State Capture Inquiry has exposed grave weaknesses into the quality of personnel who are deployed to oversee State owned enterprises in South Africa. An economy as advanced and sophisticated as RSA deserves better, the likes of Yakhe Kwinana don't cut it.

#ZondoCommission of amnesia & delirium is getting awkward by the day. pic.twitter.com/pqnWLsJpOe

She has the same energy from 6AM to 6PM🙆🏽‍♂️ You better know your story, she doesn’t get tired 🤣#ZondoCommission #StateCaptureInquiry Ms Kwinana pic.twitter.com/a9SkNgGbxq

Zondo: what is a contract?

#ZondoCommission At this rate....it won't be long till these clowns label her bias and racists. She is pulling no punches and fighting for the ordinary people of this country who have been taken for a ride far too long. We need more of her caliber. pic.twitter.com/NT0EDYhFcI

Hofmeyr: "What was the question I asked you?"

🧔 :What is your name?
🙎‍♀️ :when I was young my friends used to call me kwi... But my parents ended it with Nana...so my grandmother decided to call me kwina.... #ZondoCommission pic.twitter.com/iQxyxUZDbE

The bold and the hostile: Zondo loses patience with state capture witness

State capture commission chairperson Raymond Zondo’s patience on Monday was tested to the last degree by an “evasive” former SAA board member and ...
News
1 year ago

The "Nkandla crooner" Jacob Zuma has made his return to the state capture inquiry.
Opinion & Analysis
1 year ago