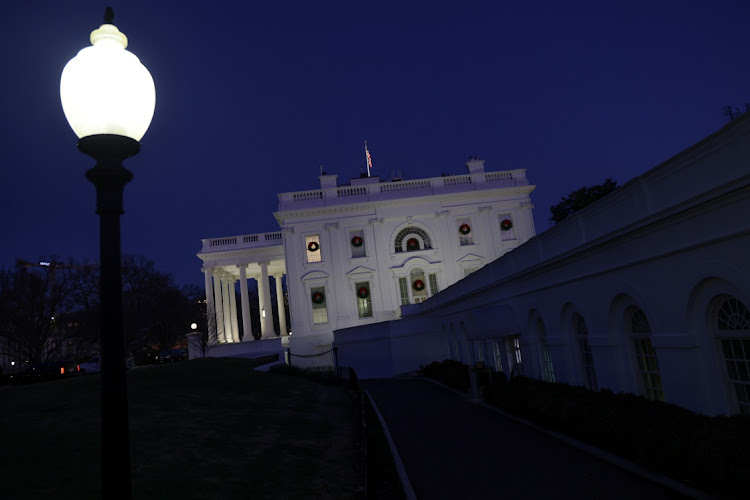 A street light illuminates an empty walkway on a day that US President Donald Trump had no public events on his schedule at the White House in Washington, US December 22, 2020.
Image: REUTERS/Jonathan Ernst

The filing with the state District Court in Denver said the defendants, including pro-Trump news outlets One America News Network and Newsmax Media, made baseless assertions that Coomer “sits at the centre of a national conspiracy to fraudulently elect the President of the US.”

The lawsuit say that Trump's campaign and its agents “manufactured and spread a false narrative” that Dominion “conspired to rig its equipment and the election in favour of President-Elect Biden”, which led to “devastating consequences”, including death threats which forced Coomer to leave his home for fear of his safety.

“Defendants, by their actions, have elevated Dr. Coomer into the national spotlight, invaded his privacy, threatened his security, and fundamentally defamed his reputation across this country,” the document said.

Trump, who has refused to concede his election defeat and continues to make baseless say of widespread voter fraud, has routinely lost court cases that he and his supporters have filed about the country to try to overturn the election results.

Trump's campaign did not immediately respond to Reuters request for a say on the lawsuit. A call to Powell's law office in Texas was not answered after business hours.

Reuters was unable to reach Giuliani for say.

Herring Networks Inc, the owner of One America News, did not immediately respond to a request for say.

A call to Newsmax's office was not answered outside business hours.

Reuters and other news media have debunked various say spread widely on social media after the Nov. 3 election that Dominion was linked to election fraud.

Biden is set to be inaugurated as president on January 20.