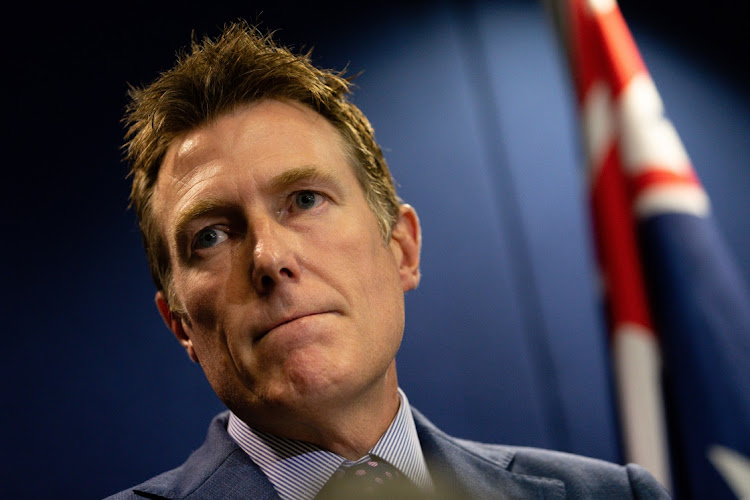 Australian Attorney-General Christian Porter, the country's chief law officer, identified himself on Wednesday as the subject of a historical rape allegation, declaring his innocence and strongly denying the claim.

Politicians who last week received an anonymous allegation of an assault in 1988 had referred material to federal police. On Tuesday, police in New South Wales state, where the alleged assault occurred, said there was insufficient evidence to investigate the claim and closed the matter.

Seeking to end swirling speculation about the identity of the unnamed cabinet minister since the allegation was first reported last week, an emotional Porter said he was the subject of the claim. He said the incident had never happened and he said he had not had a sexual relationship with the woman involved.

“I can only say to you that it didn't happen,” Porter told a media conference in Perth, adding he was being asked to “disprove something that didn't happen 33 years ago.”

Porter said all he knew about the allegation was what he had read in the media, but the details of the claim had never been put to him.

He said he would not resign his ministerial position, but would take leave for a couple of weeks to “assess and hopefully improve” his mental health.

Police had said the allegation could not be investigated because the alleged victim did not make a formal statement to them detailing her account before she committed suicide last year.

Earlier this week, Prime Minister Scott Morrison said he had spoken to the then unnamed minister who had “vigorously rejected” the allegation.

Porter said he had the backing of Morrison.

Australia's Minister for Industrial Relations Michaelia Cash will stand in as acting Attorney-General while Porter takes leave, a spokesperson for Morrison said.

The government has been under pressure over its handling of unrelated allegations by three former staff members of the ruling Liberal party that they had been raped by an unidentified colleague.

One victim who went public with her allegations has made an official police complaint.