Women in Mexico clash with police during femicide demonstrations 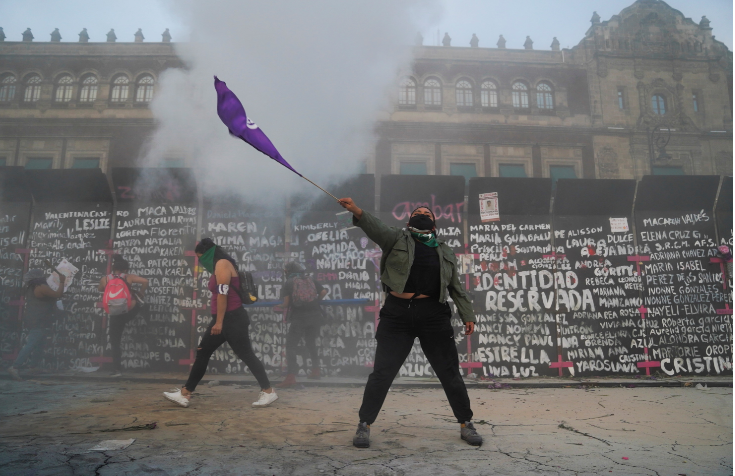 A woman waves a flag during a protest outside the National Palace on International Women's Day in Mexico City on March 8 2021.
Image: REUTERS/Toya Sarno Jordan

As the world observed International Women’s Day on Monday, police in Mexico’s capital city clashed with activists protesting against the killing and abuse of women in the country.

According to the BBC, the Mexican government revealed that about 939 women were victims of femicide in 2020.

Women in the country are demanding the government addresses the scourge of gender-based violence and femicide.

Confrontations between the police and activists have become prevalent in Mexico City as victims and allies say it is the only option they have to ensure the government attends to the social issue.

Myanmar security forces quickly snuffed out sporadic anti-junta protests on Tuesday after hundreds of young activists who had been trapped overnight ...
News
8 months ago

Around the world, police and prosecutors, victim support teams and women's movements have reported rising domestic violence during ...
News
8 months ago

A former beauty queen who testified she was raped by Gambia's ex-president Yahya Jammeh is making a documentary to tell the stories of other women ...
News
1 year ago