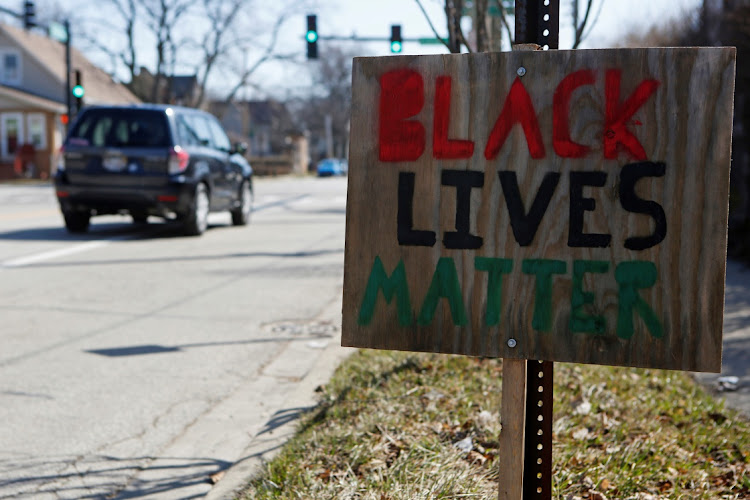 A Black Lives Matter sign is seen near the corner of Emerson Street and Dodge Avenue in Evanston, Illinois, US, March 19, 2021.
Image: REUTERS/Eileen T. Meslar

Decades ago, in the Chicago suburb of Evanston, Cordelia Clark ran a restaurant out of her kitchen and parked cabs for her taxi company in her backyard because Black residents were effectively barred from owning or renting storefronts in town.

Now Evanston is poised to become the first US city to offer reparation money to Black residents whose families suffered lasting damage from decades of discriminatory practices.

“It's about time that something has come from the hard work of African Americans in this city, proving that they should be treated as anyone else,” said Clark's great-granddaughter, Delois Robinson, 58. 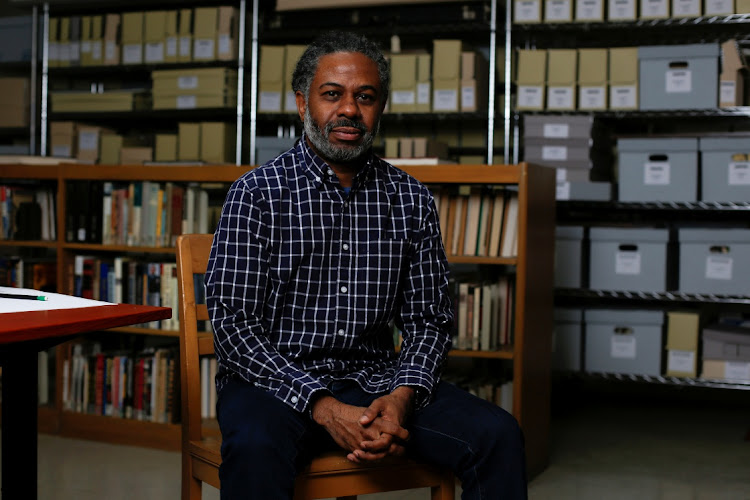 Evanston's initial approach to reparations is narrow and targeted. The city council, which has already committed $10 million over a decade to the effort, will vote on Monday to begin with a $400,000 round of payments. The first phase will provide $25,000 to a small number of eligible Black residents for home repairs, down payments or mortgage payments in a nod towards historically racist housing policies.

The program could become a model for other cities and states grappling with whether to pursue their own reparations programs. The burgeoning national movement has gained traction amid a reckoning on racial inequity after the police killing of George Floyd and other Black Americans last year. 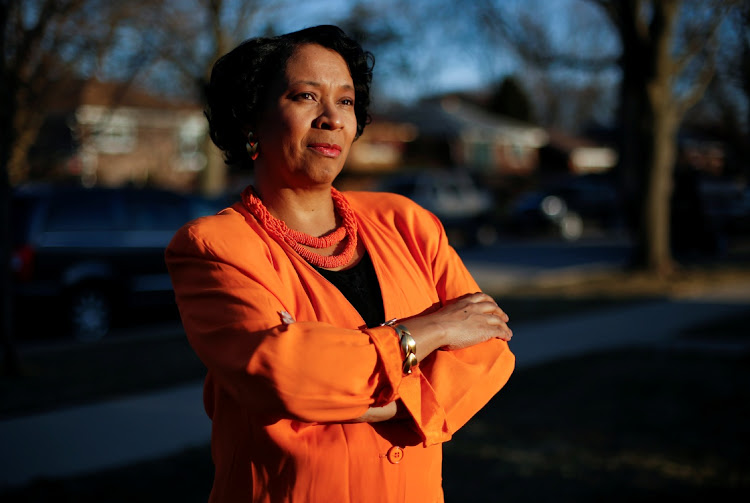 Vanessa Johnson-McCoy, Evanston resident and real estate agent who sees the impact generations of segregation has had on her city, poses in Evanston, Illinois, U.S., March 19, 2021.
Image: REUTERS/Eileen T. Meslar

In Congress, a bill that would establish a national reparations commission to study the issue has drawn about 170 co-sponsors in the House of Representatives, all Democrats. President Joe Biden has not endorsed the legislation but says he supports a study. Advocates plan to lobby the White House for executive action if the bill, as expected, fails to pass a divided Senate.

Other cities, including Chicago; Providence, Rhode Island; Burlington, Vermont; Asheville, North Carolina; and Amherst, Massachusetts, have launched initiatives, though none has yet identified specific funding. California passed a bill modelled after the federal legislation, and lawmakers in New York and Maryland have introduced similar measures.

Private institutions have also announced campaigns. The Jesuit order of Catholic priests last week pledged $100 million to benefit the descendants of the enslaved people it once owned.

“Reparations is the public policy prescription that addresses — and redresses — systemic racism,” said Ron Daniels, who oversees the National African American Reparations Commission, which consulted with Evanston on its proposal.

The practicality of implementing reparations programs, especially on a national scale, is still a matter of debate.

Reuters/Ipsos polls taken in June 2020, at the height of racial justice protests, found only one in five respondents agreed the US should pay damages to descendants of enslaved people.

Some opponents ask whether taxpayers can afford to pay out what could be billions, or even trillions, of dollars. Others question how eligibility for such programs would be determined, whether by race, ancestry or evidence of discrimination. 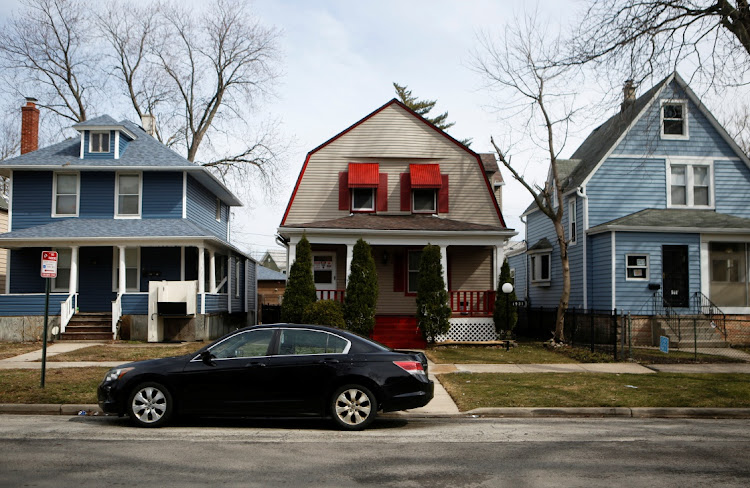 In Evanston, Black residents are eligible for the housing program if they, or their ancestors, lived in the city between 1919 and 1969 or if they can show they suffered housing discrimination due to the city's policies. The recipients will be randomly selected if there are more applicants than available funds in the housing program.

Some Black Evanston residents have objected to the plan's scope and size as inadequate, highlighting the difficulties inherent in designing a program that by all accounts can never fully ameliorate centuries of discrimination.

'HARD TO CATCH UP'

Evanston, home to Northwestern University, lies between Chicago to its south and the wealthy North Shore suburbs along Lake Michigan. About 16% of its 75,000 residents are Black.

As across the US, Blacks in Evanston were subjected to “redlining,” a practice in which banks refused to make housing loans in predominantly Black neighbourhoods. That kept Black residents from home ownership, a key source of wealth.

The impact of historic and systemic discrimination on Evanston's Black community persists. The Fifth Ward, where Robinson's great-grandmother ran two businesses out of her home, is predominantly Black and struggling with inferior infrastructure.

“We're trying to catch up from hundreds of years of being suppressed, and its just hard to catch up without some assistance,” said Evanston resident and real estate agent Vanessa Johnson-McCoy, who is Black.

The city's campaign will draw from a new tax on legalised marijuana. Supporters say the funding mechanism is particularly apt, given how devastating the country's criminalisation of marijuana has been to Black communities.

Evanston Rejects Racist Reparations, an opposition group, has noted that the initial payments will cover only 16 households. The group also opposes restricting that money to housing needs. 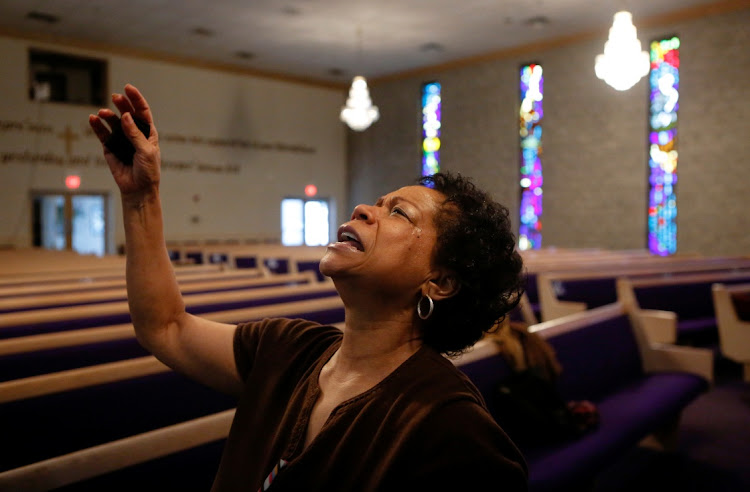 Loretta Johnson prays during open prayer at the Faith Temple Church in the Fifth Ward, known as the historic Black community, in Evanston, Illinois, US, March 17, 2021. In 1955, Johnson's birth was not allowed at the local hospital in Evanston where her father worked, instead she was born at Cook County Hospital.
Image: REUTERS/Eileen T. Meslar

“True reparations repair you — you get a chance to say what it is that repairs you,” said Rose Cannon, a member of the group, who is Black.

National advocates say viewing reparations as only cash payments is far too reductive and that there is a need for policies that tackle the institutional racism that created the inequities in the first place.

“These vestiges have to be addressed — or they will continue on into the future, no matter how many equity programs are in place,” said Kamm Howard, co-chair of the National Coalition of Blacks for Reparations in America, or N’COBRA. 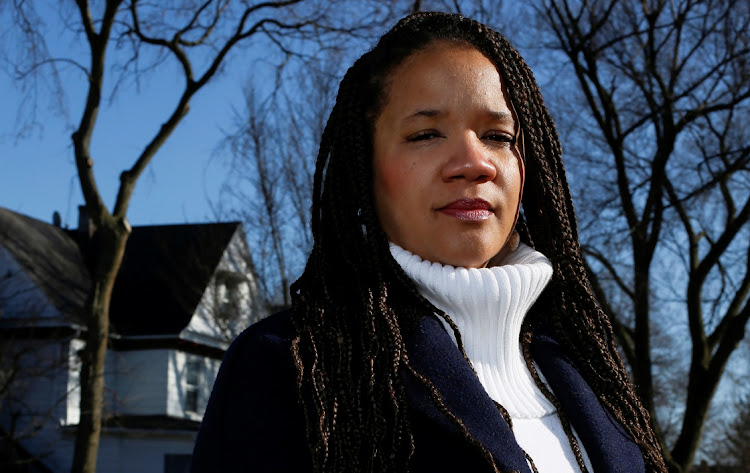 Evanston Alderman Robin Rue Simmons, who is Black, spearheaded her city's initiative. She sees the upcoming payments as a critical first step.

“This is about our humanity,” she said. “It's overdue, and the time is now.”