Lava from La Palma volcano slows down, will not reach ocean tonight - officials 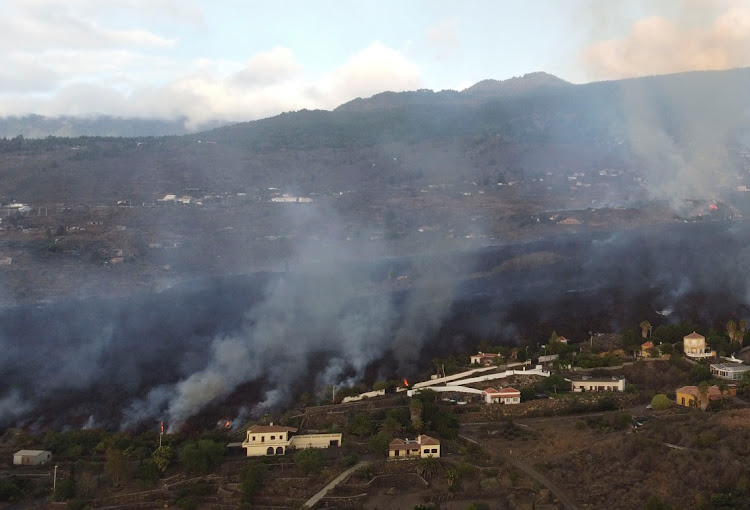 Smoke rises from an erupting volcano in the Cumbre Vieja national park at Los Llanos de Aridane, on the Canary Island of La Palma, Spain, on September 20, 2021.
Image: REUTERS/Nacho Doce

Lava from a volcano that erupted on the Spanish island of La Palma was advancing slower than originally anticipated and will not reach the Atlantic Ocean tonight as it had been predicted earlier, regional emergency officials said on Monday.

The lava stream is approximately half way between the volcano and the coastline, officials said. They had previously warned of possible explosions and clouds of toxic gases when the lava would reach the sea.

A volcano erupted on the Spanish Canary Island of La Palma on Sunday, the islands' government said.
News
4 weeks ago