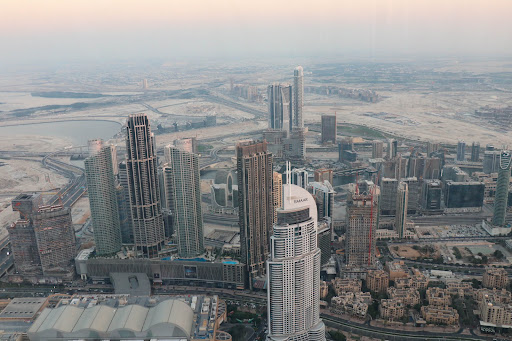 In early September, the UAE confirmed it had arrested and deported nearly 400 people for offences related to human trafficking, assault, and extortion – charges the migrants and human rights groups have both called bogus. File photo.
Image: Sanet Oberholzer

Arrested before payday, deported without papers and now stonewalled by their former bosses — hundreds of African migrants thrown out of Abu Dhabi are struggling to start over without key documents and crucial cash.

“I lost everything,” said Emmanuela Nsobe, a 30-year-old Cameroonian who worked at a gift shop until her arrest in mass raids on African migrant workers the night of June 24.

“My boss still owes me two weeks of pay. I am sending him messages, but he isn't replying,” she told the Thomson Reuters Foundation from her home region in northwest Cameroon.

In early September, the UAE confirmed it had arrested and deported nearly 400 people for offences related to human trafficking, assault, and extortion — charges the migrants and human rights groups have both called bogus.

Group deportations of migrant workers are common in the UAE and often result in “wage theft”, migrants suddenly sent home and unable to access weeks — sometimes months — of unpaid wages.

SA is taking part in the world event to showcase the country to potential investors, despite boycott calls
News
1 month ago

Since being sent home, Nsobe has messaged her former boss at the Golden Tower Gifts shop on WhatsApp, asking him to wire her 900 AED (about R3,500) backpay.

Neither her boss nor any of the other firms that employed the deportees responded to requests for comment.

Yet without that money, Nsobe cannot start over.

Like the other workers detained in June, she was deported without the chance to retrieve her belongings, including her ATM card — as well as two diplomas and a professional certificate.

“I would be required to present these original documents during any job interview. I need to pay for new versions of each one,” said Nsobe, estimating the total cost to be about $530 (about R7,600).

Daniel Ojo, a 31-year-old Nigerian, said he was owed two months wages from Magic World General Maintenance Services by the time he was deported.

“They owe me around 4,500 AED. I chatted to my boss, then he stopped responding to my messages,” Ojo said. “He's ready to not pay me because I'm not there anymore.”

A WAY TO WAGES?

The UAE is home to nearly 10-million people, more than 80% of whom are expatriates who send remittances home to their families, according to the UN.

It is a lifeline for many families, with remittances making up 4% of Nigeria's total GDP in 2020.

Wage theft is a common complaint for UAE-based migrants, with one advocacy group, the Business & Human Rights Resource Center (BHRRC), saying that 67% of its worker abuse cases from the Emirates involve allegations of non-payment.

Saeed Alhebsi, director of the human rights department at the UAE's foreign affairs ministry, said Emirati law requires employers to pay workers for any work undertaken — regardless of whether they were deported or had a criminal record.

“Termination of residency rights would not preclude employees from pursuing complaints against employers for the non-payment of wages through legal channels. Complaints must, however, be filed within one year,” Alhebsi said in written comments.

The UAE wants women on boards, but it has hit a cultural wall

Ninety-six percent of positions are held by men, a situation that will remain unless there is a shift in long-held views
World
6 months ago

He said workers could file a complaint through a government website, mobile application or toll-free number — or at the UAE's Labour Dispute Centre, where they could also speak to a legal adviser for free.

Alhebsi declined to say whether any of the workers detained in June had lodged complaints or if they'd be allowed back — but “generally, those deported for serious criminal violations are banned indefinitely from the UAE.”

None of the workers interviewed had heard of the help on offer in the UAE nor could they afford to hire lawyers.

“Workers don't know who they can go to or what their rights are, and documentation may not be provided in their native language — so the idea that workers who are particularly vulnerable would be able to navigate this system is not feasible,” said BHRRC project officer Isobel Archer.

Parvathy Devi, a researcher who has worked on wage theft cases in the UAE, said migrants have rarely seen success without financial and legal support from international advocates.

Their best shot, Devi said, was to hand power of attorney to a lawyer before leaving the UAE — something the African workers had no chance to do before deportation.

Victorine Edem, a registered nurse from Cameroon, says she is owed 6,000 AED from her Abu Dhabi employer. She and her husband were both deported to Cameroon but ongoing conflict there prompted them to seek refuge in Nigeria.

Now seven months pregnant, Edem has digital copies of her nursing certificates and is working to regenerate originals — but sees no future in the Emirates.

“After delivery, I want to travel to another country to work,” she said.

“I'll search in Canada and the US. I believe human rights are respected there.”

Africa urged to wake up to growing state surveillance threat

African governments are using new technology and laws to increase surveillance of opposition figures, researchers warn, calling for restrictions on ...
News
1 month ago

The accused allegedly demanded money from the families of those held captive, in exchange for their release.
News
1 month ago

Fans of the Netflix hit show "Squid Game" are signing up to take part in a real-life version of the drama series.
Lifestyle
1 month ago