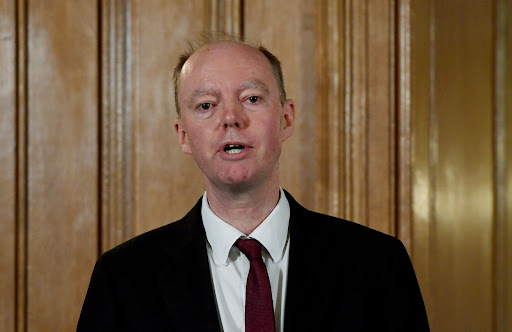 The UK could see daily hospital admissions exceed a previous peak even if the Omicron variant causes less severe disease, according to England’s top medical officer.

The number of infections is set to rise “incredibly fast, even if people are taking more cautious actions,” Chris Whitty, chief medical officer for England, said at a parliamentary committee hearing on Thursday. Then, it could peak and come down quickly, he said.

Whitty has warned that the “phenomenal pace” at which the new Omicron variant is spreading across the UK will trigger a surge in hospital admissions over the holiday period. On Thursday he pointed to a range of possible outcomes, saying people heading into hospitals may not stay as long and the numbers requiring intensive care could still be lower than in previous waves.

The UK is reporting a record number of new cases, raising questions about the government’s efforts to slow the variant’s spread and whether the National Health Service can withstand the pressure. So far, however, hospitalisation and deaths remain far below the high reached last January.

The UK is pushing ahead with a mass booster vaccination programme, coupled with a work-from-home recommendation for those who can, an indoor mask requirement and Covid-19 passes to enter some venues.

Scientists globally are racing to determine how transmissible, virulent and evasive Omicron is as the variant advances around the world.

The new mutation infects around 70 times faster than Delta and the original Covid-19 strain, though the severity of illness is likely to be much lower, according to a University of Hong Kong study. The research adds weight to the early observations from some physicians that infections have so far been mostly mild and haven’t required hospitalisation.

Initial UK data last week showed vaccine boosters improve protection to as much as 75% against Omicron, but that the basic course of shots from AstraZeneca and the Pfizer -BioNTech partnership provided much lower defences against symptomatic infection compared with the Delta strain.

Malaysia on Thursday announced new Covid-19 restrictions, including banning mass gatherings and requiring booster doses for high-risk groups, as it ...
News
7 months ago

The scientists who were among a network that was the first to sequence Omicron are watching to see if the highly mutated coronavirus variant will ...
News
7 months ago