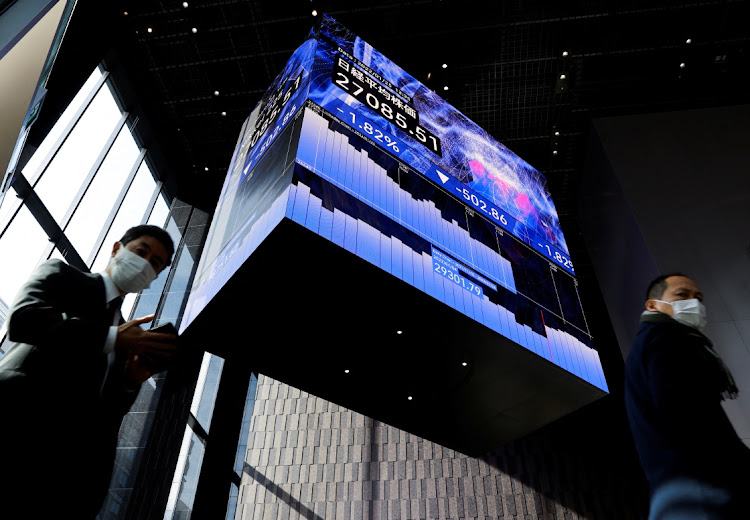 Japan is set to miss a target to give Covid-19 booster shots to almost 15 million people this month after the fast spread of the omicron variant threw initial rollout plans into disarray.

About 2.6 million people had received their third dose as of Tuesday, about 18% of the target for January, according to government figures. Japan so far limits its booster program to healthcare workers and the elderly, meaning just 2.1% of the total population have had the latest shot, the lowest ratio among developed nations, according to the Bloomberg Vaccine Tracker.

Japan is reckoning with a surge in omicron cases that’s burdening the healthcare system and prompting an overhaul in how the virus is handled. The booster program was hampered by the federal government’s decision to bring forward the vaccination schedule twice, which left local jurisdictions poorly prepared to give doses on time, according to local media reports.

The country this week said people who have had close contact with a Covid-19 patient and later became symptomatic can be considered infected, and there are growing calls to treat the virus as endemic.

Japan began giving boosters to healthcare workers and elderly in nursing homes in December and plans to give it out to the general population around March. About 80% of the population has had two shots, one of the highest rates among developed nations and a milestone achieved without mandates of any kind. 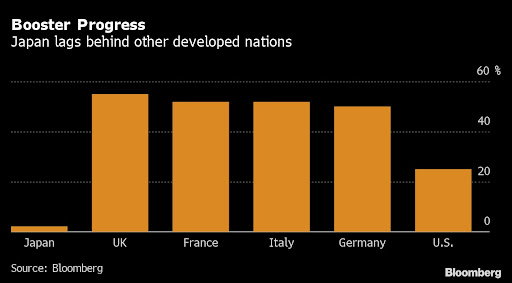 Japan is set to miss a target to give Covid-19 booster shots to almost 15 million people this month after the fast spread of the omicron variant threw initial rollout plans into disarray.
Image: Bloomberg