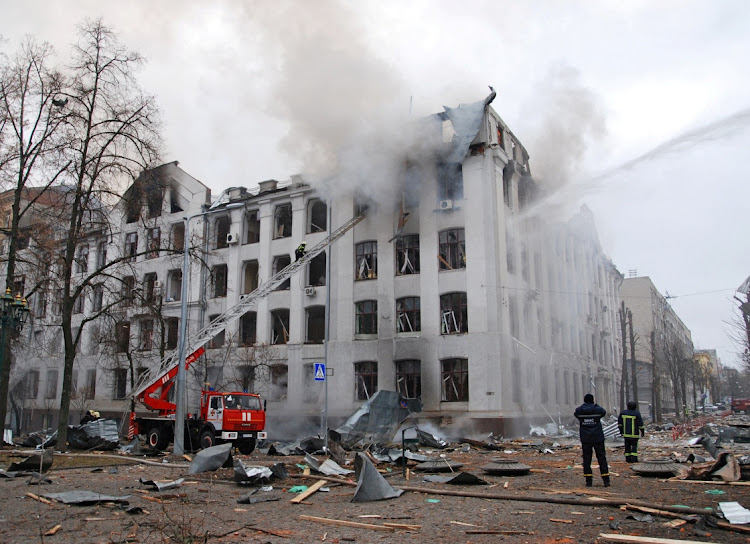 India said on Thursday it had not received any reports of its students being held hostage in Ukraine after Russia accused Ukrainian authorities of forcibly keeping a large group of them in the city of Kharkiv as “human shields.

The northeast Ukrainian city of 1.5 million people has been one of the worst hit by attacks by Russian forces since they invaded last week, and many Indian students have struggled to leave. One Indian medical student was killed by shelling in Kharkiv on Tuesday.

According to the latest information, these students are actually taken hostage by the Ukrainian security forces, who use them as a human shield & in every possible way prevent them from leaving for Russia. Responsibility in this case lies entirely w/ the Kiev authorities. https://t.co/Gx1HQa0U5l

“We note that with the co-operation of the Ukrainian authorities, many students have left Kharkiv yesterday,” Indian foreign ministry spokesperson Arindam Bagchi said in a statement.

“We have not received any reports of any hostage situation regarding any student.”

Russia's embassy in India said they were trying to organise an urgent evacuation of a group of Indian students from Kharkiv through a “humanitarian corridor” to Russia, from where they would be flown back to India.

“These students are actually taken hostage by the Ukrainian security forces, who use them as a human shield and in every possible way prevent them from leaving for Russia,” the Russian embassy said.

Before the conflict began, Indians made up about a quarter of the 76,000 foreign students in Ukraine, the largest group, according to Ukrainian government data.

India has declined to condemn the invasion by its old friend Russia, though it has called for an end to the violence.