A charitable way to beat taxes in the afterlife 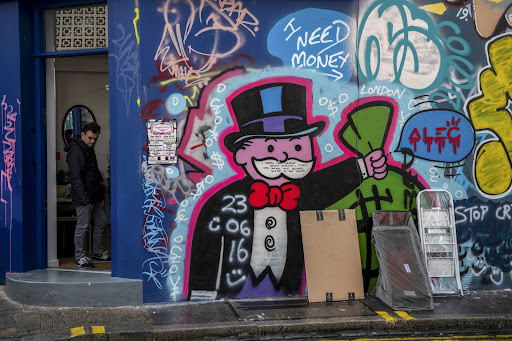 In Britain, donors are missing out on tax breaks for their charitable contributions.
Image: Bloomberg

Covid-19 has been a catalyst for change in many aspects of our lives, not least the migration to flexible working which would have taken many more years without the pandemic’s brutal intervention.

It has also changed the landscape for charitable donations. Immediately before the outbreak a little more than half of all donations took the form of notes and coins. By May 2020, this had dropped to 9%.

Capturing a greater proportion of donations electronically in theory makes it easier for donors and charities to benefit from tax relief. Even so, UK charities are missing out on more than £560m (about R11bn) in potential tax relief every year and many donors are not aware they could also benefit.

The Gift Aid scheme tops up the value of a donation by applying tax relief at the basic income tax rate of 20%. This is paid automatically if the Gift Aid box on a donation form is ticked and  basic details such as name and address are provided. The relief boosts the value of a £100 (about R1,969) gift to a registered charity to £125 (R2,462) at no additional cost to the donor.

For higher-rate taxpayers, however, that is half the story. Since their marginal tax rate is 40%, there is a further £25 (about R492) of relief available or £31.25 (about R615) for those in the top tax bracket paying 45%. This extra relief is paid to the donor rather than the charity. Crucially though, payment is not automatic: It must be claimed through the donor’s annual self-assessment tax return.

It is not clear how many higher-rate taxpayers miss out on this relief. A study conducted for the UK government in 2009 suggested only 35% claim the extra cash and there is little reason to believe the situation has improved since then. This leaves the government pocketing the difference.

It helps to sort your tax well in advance

Being well prepared and handling your tax in advance can benefit you, writes Martin de Kock
Business Times
4 years ago

The problem is twofold. Most higher-rate British taxpayers who earn less than £100,000 (about R1.97m) a year do not complete a tax return, so miss the most obvious route to reclaim the money. Those who donate regularly, however, can ask the authorities to amend the tax code without completing a tax return.

Even those who submit a tax return frequently fail to keep a record of their donations. They are possibly unaware that additional relief is available. Donors should keep a record of Gift Aid donations throughout the year, as it can be tricky to collate all the information without a paper trail.

There’s another issue with the £100,000 earnings threshold that charitable gifts can help mitigate. Above that level, not only are taxpayers paying 40% income tax, but the £12,570 (about R247,000) tax-free personal allowance is withdrawn at the rate of £1 (about R19.70) for every £2 earned. Making a charitable donation at that income level not only attracts tax relief, but helps reclaim that allowance. This effectively amounts to 60% tax relief.

A similar effect can be achieved via Payroll Giving, where regular charitable donations are deducted directly from salaries. The relief occurs because taxable income is reduced. There are two important points to bear in mind, however. First is that the entire tax relief accrues to the donor rather than the charity. Second, unlike pension contributions made by salary sacrifice, there is no saving of the National Insurance payroll tax.

One further means of donating to charity without stretching budgets is to pass on loyalty card cashback and bonus points. All the major supermarket cards have schemes, and some will even match a donation pound for pound.

As attractive as all these measures are, by far the most efficient means of donating to charities is to leave a bequest in a will. When a person dies, the value of the estate above the inheritance tax allowances is taxed at a rate of 40%. So, if after a diligent career, the taxable estate amounts to £1m (about R19.70m), the inheritance tax bill would be £400,000 (about R7.88m). However, if at least 10% of that sum is bequeathed to charity, the applicable rate drops to 36%.

Instead of being the richest person in the graveyard, you could get the taxman to contribute 76% towards a lasting legacy in your name. What’s not to love about legally cheating the taxman in the afterlife?

Ukraine has been forced to spend about $8.3bn on its war with Russia instead of development, the country’s finance minister said on Thursday, ...
News
5 days ago

Sars must restore public trust and crack down on tax cheats

Given the forecast of modest economic growth over the next three years, absent plugging the tax gap, there is little scope for increased tax revenue, ...
Opinion & Analysis
1 week ago