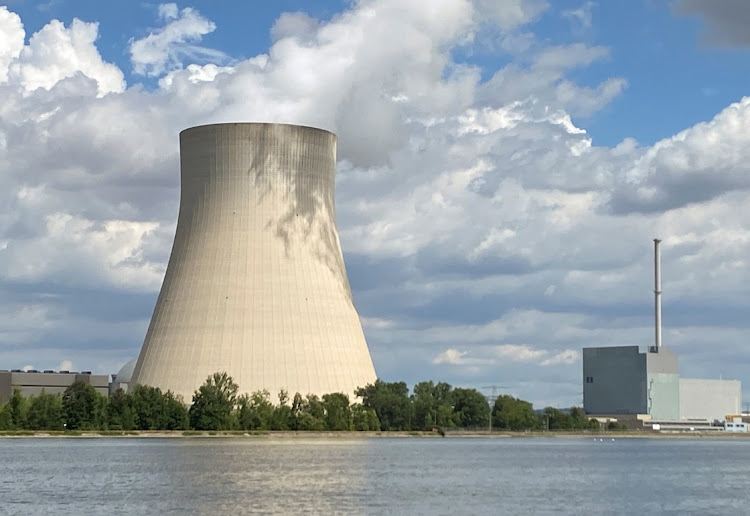 Clouds are seen over the cooling tower of the nuclear power plant Isar 2 by the river Isar amid the energy crisis caused by Russia's invasion of Ukraine, in Eschenbach near Landshut, Germany, August 1, 2022.
Image: REUTERS/Ayhan Uyanik/ File photo

US efforts to weaken the Kremlin’s grip on global atomic power markets in punishment for its war in Ukraine are foundering, with Russia’s nuclear energy giant mobilizing for a key role at a top industry gathering.

Since February, when Moscow began its invasion, Russia’s Rosatom Corp. has begun work on Egypt’s first power reactor, advanced projects in Hungary and Turkey, and started new business from Myanmar to Uganda, deals worth billions of dollars.

And to underline Russia’s clout, officials from Rosatom, the world’s biggest exporter of nuclear fuel and reactors, are set to headline sessions when energy ministers and company executives gather for a quadrennial meeting in October in Washington.

But the Russian presence will also spotlight how efforts to tighten restrictions on Rosatom, whose supervisory board includes two sanctioned officials, have stalled even amid Congressional demands the Biden administration cut US reliance on Russian nuclear fuel. 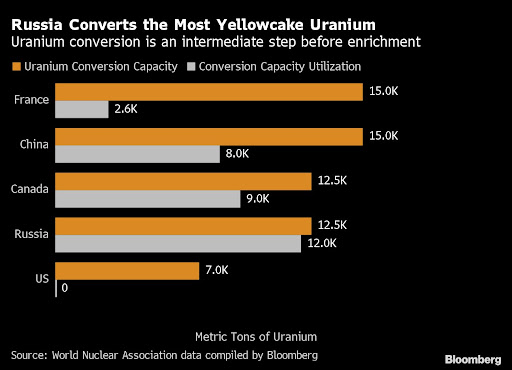 US efforts to weaken the Kremlin’s grip on global atomic power markets in punishment for its war in Ukraine are foundering, with Russia’s nuclear energy giant mobilizing for a key role at a top industry gathering.
Image: Bloomberg

The October 26-28 event is shaping up to be a diplomatic nightmare, according to two US officials who asked not to be identified discussing private deliberations. The US is bound by a host-nation agreement to invite all members of the Vienna-based IAEA and excluding Rosatom could impact Washington’s relationship with countries seeking Russian nuclear technology, they said.

Rosatom’s grip on the international nuclear-fuel cycle -- from mining uranium to engineering reactor assemblies -- makes it hard for Washington to exclude Russia from discussions about atomic power. Russian engineer Mikhail Chudakov is the top nuclear-energy official at the IAEA.

“The global nuclear fuel market is very fragile,” said Paul Dabbar, the Department of Energy’s former deputy secretary, who worked to revive US nuclear fuel-making capacity. “At any point in time Russia could cut in half the available global supply of nuclear fuel and the most exposed market in the world is the US.”

Russia provided almost a quarter of the fuel for 93 US reactors last year, and Rosatom’s expected to retain a 15% share at the end of this decade, according to a Columbia University study co-authored by Dabbar. The situation is equally tenuous in Europe, where Rosatom fuel generates electricity for 100 million people, mostly in ex-Soviet-satellite states.

The IAEA declined to comment on how US sanctions could potentially impact Russian participation at the Washington event. Moscow’s delegation to the agency’s last ministerial meeting included 35 Russian executives, many from Rosatom, it said by email.

The State Department’s Consular Affairs Bureau, in charge of visas for the IAEA meeting, said its “records are confidential under US law.”

Rosatom hasn’t been completely spared by war penalties. The chairman of its supervisory board, Sergey Kirienko, who’s also the Kremlin’s first deputy chief of staff, has been sanctioned by the US, as has board member and Deputy Prime Minister Yuri Trutnev.

Yet the firm’s first deputy director general, Kirill Komarov, is scheduled to discuss “Enabling Environments” for nuclear growth at the IAEA conference; while the deputy chief of Russia’s technological standards watchdog Aleksey Ferapontov will speak about “Enhancing Confidence” in atomic power, according to official agency documents seen by Bloomberg.

Rosatom didn’t respond to questions about the size of its delegation. But the company did say it’s one of just a few vendors currently building the new small-modular reactors, or SMRs, that will feature at this year’s IAEA meeting.

Rosatom is poised “to win a larger market share” than other nations in rolling out the technology, it said in an email reply to questions. SMRs promise a cheaper, quicker route to expanding nuclear generation.

Congressional attempts to curb Russia’s nuclear sway have run into problems. A group of Republican senators introduced legislation in March to choke off Russian influence on nuclear-fuel markets, but one month later the White House exempted Russian ships carrying atomic fuel to US ports from sanctions.

Now, some European diplomats are lobbying to ensure the IAEA summit discusses Russia’s offensive in Ukraine and the damage they say it’s doing to nuclear energy prospects.

Russian offensives near the reactors at Zaporizhzhia, Europe’s biggest atomic facility, have raised fears of an accident and draw almost-weekly protests from Ukrainian officials to the IAEA.

Offering a platform to condemn Russia without excluding Rosatom could avoid inviting the same kind of retaliation experienced by European natural-gas consumers, who’ve seen the Kremlin throttle supplies in response to sanctions, the diplomats wrote in a document seen by Bloomberg.

“A cut-off would effect nuclear power plants,” said Dabbar, the former Energy Department administrator. “It would put pressure on western markets. Changing these supply lines will take a lot of time.”