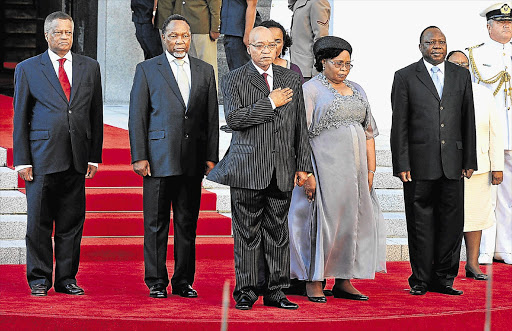 People earning between R5000 and R15000 would be granted an R83000 subsidy from provincial governments to make it easier for banks to approve their loan applications, he said.

This would cater for a significant number of citizens who do not qualify for RDP houses but who earn less than required to qualify for a home loan.

It could help the government eradicate informal settlements as more citizens would be able to afford decent homes.

Although more than 2million RDP houses have been built since 1994, the government is still facing a massive housing backlog.

The fund would become operational in April and be managed by the National Housing Finance Corporation, said Zuma.

He announced that R300-million had been set aside for preparatory work on new universities in the Northern Cape and Mpumalanga. He did not reveal details or when the universities' construction was expected to begin.

There are no universities in these two provinces.

Electricity prices have sky-rocketed in recent years. Eskom was allowed to increase tariffs 24.8% in the 2010/11 financial year and 25% in the next two financial years.

The rises triggered an outcry as they increase the costs of doing business in South Africa, which might scare off existing and potential investors.

Zuma said yesterday he asked the power utility to look at other options to curb the price increases. "We need an electricity price path that will ensure that Eskom and the industry remain financially viable and sustainable, but which remains affordable, especially for the poor."

Zuma said this would require a pact between business, labour, municipalities, communities, customers and suppliers.

Zuma urged South Africans to save electricity to avoid the kind of load-shedding (rotating blackouts) experienced in 2008.

"For the next two years, until the Medupi and Kusile power stations come into operation, the electricity system will be very tight," he said.

In addition to new power stations, the government would search for alternative and renewable energy sources, especially solar electricity and biofuels.

"To date, we have installed more than 220000 solar geysers nationwide. The government target is one million solar geysers by 2014-2015," he said.