Mantashe laments manipulation by society ahead of Mangaung 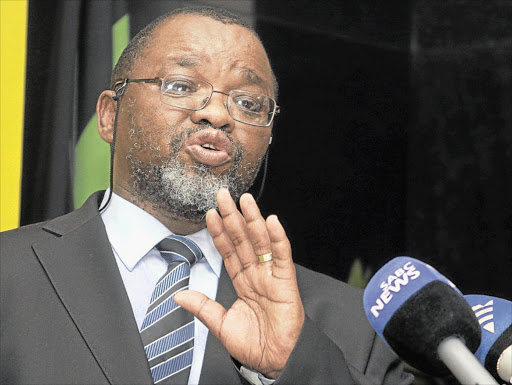 Sectors of society are trying to manipulate the outcome of the ANC national conference, the party's secretary general Gwede Mantashe said on Tuesday.

"We see this as a mischievous warning... directed at the ANC," he told reporters at Luthuli House in Johannesburg.

He was responding to reports that religious leaders had written to President Jacob Zuma, warning that the public was concerned that South Africa had lost its moral compass.

In the letter, the clerics said "our democracy can be significantly improved".

The letter was signed by Archbishop Thabo Makgoba of Church Leaders Consultation, Bishop Joe Seoka of the SA Council of Churches, Rev Moss Ntla of the Evangelical Alliance of SA, and Rev Edwin Arrison of Kairos Southern Africa.

"They [South Africans] yearn for a change from an increasingly corrupt political, business and societal culture to one that is accountable to the people," the clerics wrote.

The presidency confirmed that Zuma had seen the letter.

Ahead of the African National Congress' elective conference in Mangaung, the clerics said the public was not interested in "a superficial change of one self-serving political leader for another, or one political party for another".