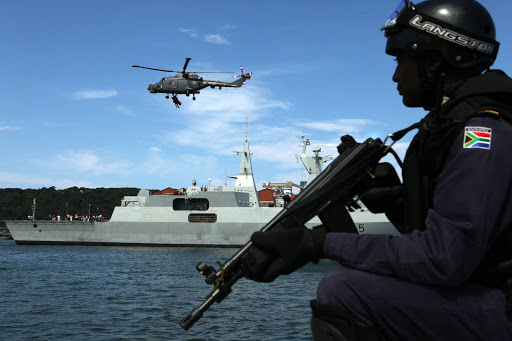 The Seriti commission probing allegations of corruption in the government's R70-billion arms deal has suffered a blow to its credibility after the head of the commission indicated that it had received no evidence implicating the ANC in the matter.

You can read the letter from the Seriti commission here.

This comes as yet another of its members is set to resign following internal squabbles.

The Sunday Times can reveal that Kate Painting, a legal researcher, is expected to tender her resignation on Wednesday. She made the commission aware of her intentions on Friday. Painting could not be reached for comment. Her expected resignation, confirmed by three independent sources, comes just weeks after investigator Mokgale Norman Moabi quit the commission and accused its chairman, Judge Willie Seriti, of having a "secret agenda".

Moabi's resignation sparked an outcry. The Sunday Times understands another senior investigator is set to follow him.

The commission suddenly postponed hearings, scheduled for this week, to August 5 and said it was running out of cash.

"It's a complete cock-up," said witness Richard Young, a losing arms-deal bidder who laid corruption charges with the Hawks in 2009. "The witnesses were called late and the evidence leaders were 100% unprepared."

Others witnesses said they had to cancel flights already paid for.

The commission has apparently decided to give the ANC and its leaders, believed to be the main benefactors of the arms deal, a free pass without bothering to interrogate any party officials or examine its bank accounts. A letter by Judge Seriti, dated February 26 2013, says "no evidence implicating the African National Congress has been brought to the attention of the commission".

Judge Seriti's letter was written in response to lawyers representing former banker Terry Crawford-Browne, who asked why the ANC had not been given notice that several witnesses would implicate the party in corruption.

Some of the allegations against the ANC were revealed by one of its former senior MPs, Andrew Feinstein, in his book After the Party, published in 2007. Feinstein said the Scorpions had recommended investigating the ANC because there was evidence that the party's then treasurer, Mendi Msimang, had held meetings with winning bidders in Switzerland.

Crawford-Browne queried why the ANC had not been issued with a summons forcing it to produce records of donations and financial dealings with arms dealers and "alleged bribe takers" identified by witnesses and a secret internal report handed to the national executive committee in 2008.

But Judge Seriti insisted that his commission was unaware of any evidence against the ANC. "Should such evidence come to light the commission will deal with the matter as it deems appropriate," his letter said.

It remains unclear how the commission managed to miss:

In December 2011 a court in Munich fined Ferrostaal à140-million in the trial of two managers convicted of paying bribes to secure deals in Greece and Portugal.

The auditors found that Chippy Shaik was involved in several questionable deals, including trying to score a R26-million "non-refundable loan" for an offshore company masquerading as a submarine deal offset.

The reports also reveal that Ferrostaal sold Chippy Shaik's mining company, Enable, shares worth R10-million in a failed joint mining venture for a massively discounted price of R310000. Ferrostaal initially claimed it had cut ties with Enable as soon as it learnt that Shaik was involved. "This answer was plainly false, as it was known to Ferrostaal all along that [Shaik] was behind Enable Mining; indeed, Ferrostaal negotiated directly with him," the HKLW report says.

The German auditors also implicated Maharaj in the deal. In one internal Ferrostaal e-mail cited in the report, Maharaj is referred to as a shareholder of Enable Mining. The e-mail also discusses "the participation of Mac Maharaj and Dr [Chippy] Shaik" in Ferrostaal's former mining engineering subsidiary, MDM Ferroman.

This week, Maharaj denied "having engaged in any untoward relationship with Dr Chippy Shaik, especially during my tenure as minister in the government of South Africa". He claimed the information contained in the HKLW was, "to the best of my knowledge, substantially and materially incorrect".

Judge Seriti's spokesman, William Baloyi, said "most of the implicated individuals" would be called to testify in "subsequent phases" of public hearings. This could include ANC leaders "if information comes to light that the ANC is implicated".