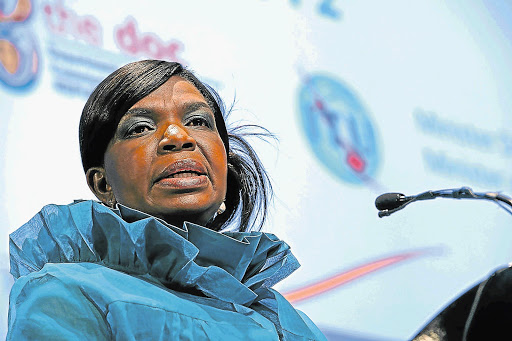 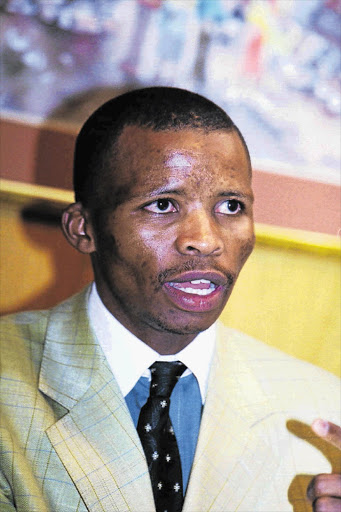 AS Dina Pule fights for her political life, a damning picture has emerged of a communications minister who has ceded control of her portfolio to her boyfriend.

A Sunday Times investigation this week uncovered evidence of an internal audit showing that Mngqibisa engineered getting friends and relatives on the boards of the Post Office, Sentech, Usasa and the SABC with the full knowledge of Pule - offering decisive evidence of just how unsuited the minister is to her job.

The evidence is supported by five independent sources - several of whom serve on these boards, executive committees and top communications department posts. All spoke on condition of anonymity.

"In this sector, it's an open secret if you want to be appointed in any entity you make an appointment with Phosane," one highly placed source said. "Power is located in Sandton, where his office is, where people queue to plead their case."

This crony deployment has backfired spectacularly, with the SABC imploding, the Post Office facing crippling strikes, Usasa being without a board for more than a year and delays in rolling out digital TV.

Calls to fire Pule have intensified as evidence against her mounts - and ANC comrades shun her.

Pule's handling of the SABC crisis spilt over to Luthuli House, which expressed unhappiness over her public call for the board's removal. This happened without the approval of the party.

Last week, Pule, clearly attempting to save her political career, held several meetings with President Jacob Zuma in Pretoria. One of these meetings ended with a tearful minister leaving the president's office.

This week, as six more SABC board members resigned, damning new evidence of rampant cronyism in a raft of other state-owned firms under Pule's watch emerged - offering a compelling case for Zuma to be forced into action.

One former SABC board member said the ball was very much in Zuma's court.

"She has run her course and is embarrassing the government," he said. "At the ultimate end, the president is the one to decide."

The president, however, is known to vacillate over key decisions.

The Sunday Times has established that Mngqibisa engineered the appointment of his close relative, Lulama Makhobo, to the post of SABC CEO, as well as one of his friends, Gugu Duda, as chief finance officer at the broadcaster.

A former confidante and business partner of Duda, Nomakhaya Malebane, gave the Sunday Times a blow-by-blow account of Mngqibisa's role in the appointments.

"I was at Gugu's house on December 8 2011 when she was informed that Phosane was arranging a secret meeting between her and the minister. A series of meetings took place before all parties went on Christmas holidays," Malebane said.

"Phosane gave Gugu three choices: to be a CFO at either the SABC, the Post Office or Post Bank, and she chose the SABC."

On Friday, Duda would not deny or confirm Malebane's allegations. She admitted speaking to Mngqibisa about the SABC at the time, but claimed the call was about other matters. She did not elaborate. But Duda did not deny sending her CV to Pule's office, instead of to the SABC board - as well-placed sources at the broadcaster claimed. "I was on the market and I sent my CV to everyone," she said.

When the SABC board initially recommended a candidate from the Eastern Cape for the position because Duda's CV was still stuck at Pule's office, the minister refused to endorse the board's decision and asked for a second round of interviews.

"Before the second round of interviews, Phosane was lobbying at least five board members to give Gugu the job," said Malebane.

This was confirmed by former SABC board member Pippa Green, who said in her resignation letter sent to Zuma this week: "The name the board submitted to the shareholder for the position of the CFO ... was rejected out of hand. We were told to submit three [names], including the name of a person whose CV came to us suspiciously late. This was the CV of the person whom the minister subsequently appointed and who turned out to be a major disappointment for the board."

Malebane told the Sunday Times that she prepared all the documents that Duda needed for the interviews, first with Mngqibisa and later with the SABC board.

In a report by SML Attorneys, who were appointed to probe allegations levelled against Duda, Malebane said she had advised Duda to rather take the Post Office job "owing to her lack of experience".

Malebane added: "By now the discussions are finalised and considered a 'done deal' with DP [Dina Pule] having met GD [Gugu Duda] and confirmed to her that she is her choice and all that needs to happen is to endorse this through formal board interviews."

Malebane claimed there were a number of secret meetings between Mngqibisa, Duda and Makhobo before their appointments at the SABC. She also claimed that a job offer was extended to her - because Duda "relies on my expertise and experience to deliver at SABC".

After Duda was announced in parliament as the new SABC CFO, Mngqibisa allegedly threw a celebration dinner for her and close friends at an upmarket restaurant in Rosebank. Malebane said: "That's where I met Phosane for the first time, who was introduced as very influential and politically connected."

Soon after Duda was appointed at the SABC, she approved a R3-million sponsorship for the ICT indaba, organised by Pule's department. This raised suspicions because the sponsorship cash was paid without approval from the rest of the board.

Mngqibisa then earned R6-million more in "management fees" for the ICT Indaba. He also subcontracted Duda's twin sister, Dudu Moloi, for the same event. Lulama Makhobo's son, Lefa Chakela, was also hired by Mngqibisa to work on the Indaba.

Last September, when Duda was suspended, investigators said that "her zeal and zest in driving the ICT Indaba matter to the extent of flouting all the procedure is questionable".

They found she had committed "dishonest acts to achieve her aim". The investigators said her relationship with the ICT Indaba organisers should be probed "with a view to pursue criminal charges". Duda is expected to appear before a disciplinary hearing tomorrow.

It has also emerged that the six ANC-aligned board members who resigned last Sunday did so after being fed up with the minister's public utterances blaming them for all that had gone wrong with the organisation.

"The president has accepted our resignations and we are very happy. She's on her own now. She has to stand the heat on her own and not have [an SABC] board that she will use as a [scapegoat]," said a former board member, who asked not to be named. Pule's public call for the board to be fired last Sunday, said the former board member, was the "last straw", which they saw as an attempt to shift the focus from her.

With Pule's woes growing, so are fears that her department will not meet the 2015 deadline to complete South Africa's migration from analogue to digital terrestrial television. One government official told the Sunday Times that Pule was "the wrong choice from the beginning" for a communications minister because she did not fully grasp the importance of her department.

"She has never seemed like somebody in charge there. The president brought her to stabilise the department after all the upheavals during [former minister Siphiwe] Nyanda and [former minister Roy] Padayachee's tenure there. But things have actually worsened. It is not just the SABC - look at the Post Office, digital migration etcetera," said the official.

Pule, through spokesman Siya Qoza, said she was the victim of a "politically motivated smear campaign [that] is characterised by people throwing mud at her in the hope that something will stick". This would not distract her from ensuring "all South Africans have access to world class ICT infrastructure, policies, broadcasting signal and post offices".

She denied any impropriety in the appointment of her boyfriend's cronies to the boards and executives of various entities that fall under her department.

She claimed she only became involved in the appointments of Duda and Mokhobo "after the SABC board had completed the search and interviews for suitable candidates", in line with government regulations.

Asked whether she was aware that Makhobo was related to Mngqibisa, she said she had "considered Ms Mokhobo's experience and ability to do the job [and did not] ask for a list of her relatives".

Makhobo and Mngqibisa had not responded to questions by the time of going to print, despite several requests over two days.