Mbalula must apologise for saying Kenyan swimmers 'drown in the pool': DA 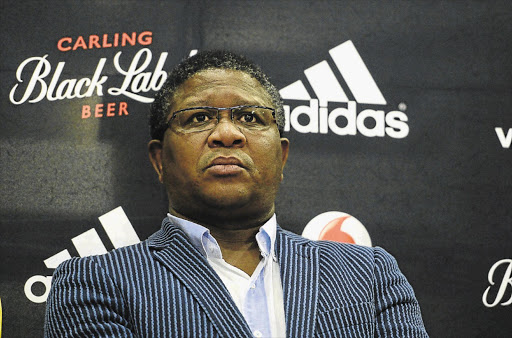 Sport Minister Fikile Mbalula must retract his comments about Kenya and apologise, the DA said on Wednesday.

At an African National Congress media breakfast meeting Mbalula, answering a question about sport quotas, reportedly said South Africa would not be like Kenya and send athletes to the Olympics to "drown in the pool".

"These comments are unacceptable and deeply offensive to the people of Kenya, and should be retracted without further delay," Democratic Alliance MP Winston Rabotapi said in a statement.

"Xenophobic utterances of this nature not only compromise our diplomatic relations with other African countries, but also are highly embarrassing for South Africans, especially coming from a Cabinet minister."

Rabotapi said the DA wanted Mbalula to formally apologise in writing to the Kenyan High Commissioner for his remarks.

The party would submit parliamentary questions at the earliest sitting of the fifth Parliament to satisfy this. Mbalula's office was not immediately available for comment.

People took to social networking site Twitter to lambaste Mbalula for his comments on Kenya.

This is not the first time an ANC leader had made comments which upset other countries on the continent.