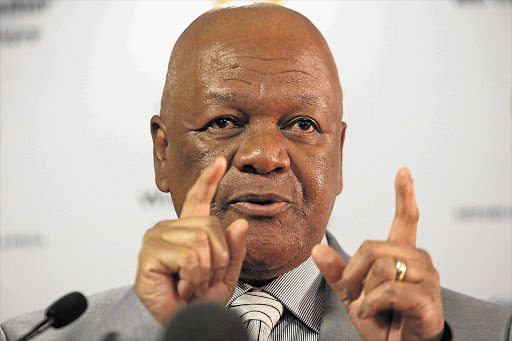 South Africa's economy is "over-concentrated" in the hands of a few large companies, Minister in the Presidency Jeff Radebe said on Wednesday.

"And [it] is still largely owned and controlled by a racial minority," he told MPs, opening debate in the National Assembly on President Jacob Zuma's state-of-the-nation address.

In his address on Tuesday evening, Zuma said his newly elected government would "embark on radical socio-economic transformation" to reduce poverty, inequality, and unemployment.

Radebe said the local economy was too reliant on mineral exports, and he warned that low economic growth rates since 2008 had weakened fiscal balances and resulted in a growing current account imbalance.

"By 2013, approximately R700 billion of foreign savings were required to fund the current account deficit. This dependence on foreign savings exposes our economy to significant financial sector risks and increases our exposure to external shocks," he said.

First quarter GDP data for this year showed the economy contracted in annualised terms by minus 0.6 percent compared to the previous quarter.

"[This was] partly as a result of the protracted strike in the platinum mining sector."

Radebe suggested tighter monetary policy could be on the cards.

"Inflation is also rising, raising the prospect of a tightening of monetary policy with potentially negative consequences for economic recovery, and the recent rating downgrades will raise our cost of borrowing."

On promoting competition in the economy, Radebe said the Competition Act would be strengthened to prevent monopoly pricing of goods such as steel and heavy chemicals.

"The competition authorities will be further developed to act against cartels and ensure public interests are adequately protected in mergers and acquisitions."

On black economic empowerment and employment equity, he said government, in its engagement with business, would improve legislation to transform ownership, management and control of the economy.

Radebe was heckled from opposition benches when he said the emphasis would be on "creating black industrialists in productive sectors of the economy, and developing a patriotic black bourgeoisie".

He broke from his prepared speech and asked, to laughter: "Why should it only be white bourgeoisie?"

Radebe said the National Development Plan was not just for government, but for the whole country.

"It is a people's plan which has been adopted by the majority of our people and stakeholders. We are therefore calling on all South Africans to rally behind the implementation of the plan, including labour, business and civil society," he said.

In a departure from normal practice, Wednesday's debate -- which continues on Thursday, and ends with Zuma's response on Friday --involved a joint sitting of both the NA and National Council of Provinces.